Dundalk institute doubles the number of offers to NI students 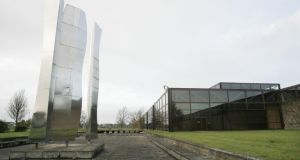 Dundalk Institute of Technology (DkIT) has doubled the number of offers it has made to school-leavers in the North following changes to its scoring system to attract students south.

DkIT now awards additional points for each grade at A-Level and extra points for BTEC, which is another secondary school qualification in the UK education system.

Another change introduced this year by the institute was the decision to allow students taking A-Levels, applied A-Levels and BTEC National exams at level 3 to combine all three for scoring purposes.

Even before the CAO offers were made yesterday it was known the scoring changes had resulted in an increase in applications to the institute from Northern students.

Yesterday the institute’s president, Denis Cummins, said “97 offers have been made which is double what we had last year”.

The move by DkIT was a response to changes to the scoring of A-Levels introduced by higher education institutions in the Republic in 2010, which allocated a maximum of 150 points to an A-Level.

This meant the most a Northern school-leaver could achieve was 450 points, compared to 600 for school-leavers in the Republic.

Mr Cummins said this had “effectively devalued A-Levels” and the decision by DkIT was to make the scoring system more equitable.

He said the institute had also changed the system because “we have participated over the years in peace and reconciliation initiatives and out of that we can see the benefits of greater understanding when people come together, particularly in a learning environment”.

Sligo and Letterkenny Institutes of Technology are likely to look at altering their scoring system given their proximity to the Border.

The seven universities in the Republic have already agreed to introduce new admissions procedures from next month that will make it easier for school-leavers from the North to gain entry. Under the plan the CAO points awarded for an A* grade in the A-Level exams will rise from 150 to 180.

Only 15 per cent of the North’s school-leavers sit four A-level subjects, which was identified by the Irish Universities Association as a barrier to travelling south.

Under the new system three A* grades will yield 540 points, and up to 60 further points could be added if the student takes a fourth A-Level.