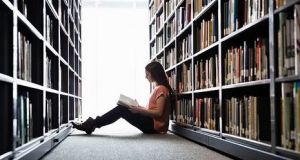 Most young people say they would consider taking an “earn and learn” apprenticeship as an alternative to the more expensive option of college, new research indicates.

However, only a minority – 18 per cent – believe there are currently enough apprenticeship options available to choose from.

The Government is aiming to increase the numbers choosing “earn and learn” options to one in five school-leavers over the coming years.

Research, commissioned by the Insurance Institute and undertaken by Empathy Research, surveyed about 300 young adults and just over 365 parents of children under the age of 18 on their perceptions of apprenticeships.

The findings were released to mark the launch of the 2019 Insurance Practitioner Apprenticeship. The programme, now in its fourth year, was Ireland’s first degree-level apprenticeship and is set to have 100 places on offer this year.

It allows apprentices to work full time for an insurance employer, earn a salary, while studying for an honours degree in insurance practice.

The findings also show that just over half of parents would encourage their child to undertake an apprenticeship, with a small minority – 12 per cent – believing there are currently enough apprenticeship options available.

The vast majority of young adults – 82 per cent – stated that third level education was not for everyone, with a similar proportion agreeing that you can have a successful career without going to college.

When asked what their main concerns are with going to college, young adults surveyed cited job prospects when studying is complete, followed by cost and affordability of third-level education.

Parents stated that the cost and affordability of college was their main worry, with job prospects also a concern with regards their children’s third-level education.

Commenting on the research findings, Dermot Murray, chief executive of the Insurance Institute, said the results indicated that there was a strong desire for more options in terms of third-level education.

“Once again the research also highlights the many concerns young adults and their parents have in relation to third level, with cost and affordability and job prospects high on the agenda again this year.

“With an apprenticeship such as ours these fears are alleviated as the programme is government-funded and so the fees are minimal – €600. Also the apprentices have the opportunity to work anywhere in the country as the programme is delivered through online lectures and distance learning, so it truly is nationwide and they may not need to move.”

The research also showed some interesting findings in relation to the Leaving Cert.

About half young adults say not achieving enough points is their main concern, with most parents most likely to worry about this also.