Coping with being pipped in the points race 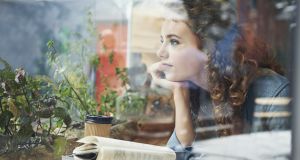 Do not worry if you don’t get your preferred course. Almost half of school leavers recorded in a recent survey said they would not pursue the same path in life had they the opportunity to choose again

Life has a curious way of working out. These can seem like facile words, particularly in the midst of personal crisis, but when it comes to disappointing exam results common sense must prevail.

So it’s comforting to remember that for those who didn’t quite get the points to secure the course they were hoping for, research has suggested plenty of people think they would have done something differently after school if they had the chance to do it all again. Nothing is set in the stars.

Then there are those who ended up in an alternative course and, perhaps surprisingly, found themselves thankful that life had conspired to put them there. Some drop out disappointed; others simply never go on to third level education but find success through alternative channels.

In short, while missing out on the college course you wanted can be a severe psychological blow, experts stress the importance of contextual thinking and keeping a tight grip on life’s perspectives.

While all can seem lost, it is impossible to know how things will work out and in the future, the Leaving Certificate and its ability to direct your academic life can turn out to seem, well, academic.

“Adversity is how we learn,” says Dr Mark Harrold, a clinical psychologist who has written widely on parenting and coping with stress and who has a soft spot for the phrase: “A smooth sea never made a skilled sailor.”

“These are things that people have to remind themselves of in the event they are disappointed in the outcome of the points race,” he says.

“It is a bit of a rat race and people should try to take a broader perspective. It’s not going to make or break a person and people often regret their first choice.”

Harrold says it is pertinent to bear in mind that dealing with disappointment is something everyone has to do at some stage in life. There must be a shift of focus to, if not repeating the Leaving Cert, then to considering alternative options.

“It may seem more catastrophic [for a teenager]. We aren’t at our full intellectual development or matured in life [at that stage]. There are still a lot of lessons to learn,” he says.

“First off I would let it settle in and then evaluate what your options are and then select them. The one thing to avoid is to look back. Because you can’t solve the past. Many of the most successful people in the world never went near third-level college and if they did the route they took [may] not have been conventional.”

Harrold also warns against the lure of the “trophy course”. Ultimately, these may not suit the skill sets of those who apply for them and there is at least an equal chance a second or third choice college or career path will be well suited.

Third level course are defined as either “level 7” or “level 8” by the Central Applications Office (CAO) process.

Last year, of 40,599 first round offers for level 8 third-level courses, just 20,523 people received their first choice. Or, just over 20,000 people did not get the course they were hoping for.

Of level 7, 29,133 people received their first preference from a total of 34,595 offers. In short, not getting the course a student aspires to is common.

However, even for those who do get the course they believe was made for them, things can turn out to be quite the opposite.

At the beginning of this year it was found one in six students drop out of third level by the end of their first year. In some subjects, this rate can be as high as 80 per cent.

Research has found the reasons for people deciding not to continue can be varied. They include the cost of college, health issues and motivation but the single biggest reason is that students simply made the wrong decision.

The impact of falling short of your desired course is impossible to quantify but it may just be time to start considering alternatives.

“And there are alternatives,” stresses Sally O’Reilly, a Cork-based counselling psychologist who specialises in working with teenagers.

“The immediate thing to understand is that this is a grief; to understand that that’s absolutely normal because it’s the loss of hope for a thing. This place in college or this result will have been conceptualised as real by the student.”

In this sense, she explains, the blow to a young person’s self-esteem can be considerable. Coping with this is as with a grieving process – students need to let the emotion out, to cry, to talk to someone supportive. Not someone who is dramatic but someone who will listen, who might not rush in with solutions,” she says.

“Try to remain calm and there are ways to do that – things like practicing mindfulness, breathing and talking to a supportive person. But perhaps the most important is to avoid drama – talking with family and friends about how awful the results are and how now life is over.”

Missing out may become more of a possibility this year. By last March, a record 76,000 people had applied for CAO courses, the sheer volume bringing with it an anticipated rise in required points across numerous courses.

The bigger increases in interest were recorded in architecture and engineering; technology; and business and construction related courses. There was a surprising drop in science-related courses given the area’s potential for future employment opportunities.

However, even for anyone dead set on a particular course, Ms O’Reilly points out that recent research found 47 per cent of school leavers had said they would not pursue the same path in life had they the opportunity to turn back time.

She advises those who fall short to consider making an appointment with the Institute of Guidance Counsellors (IGC) who can help students re-evaluate.

“It’s a good idea because we tend to panic in isolation. You have your heart set on something; I am going to do this degree and that’s it and then you know from your points that that’s not going to happen,” she says, with the result being a tendency to see catastrophe.

Other options include considering a recheck, weighing up alternative courses you might not even be aware exist, or even taking a year out and getting a job; a step back from considering things academically.

“We tend to think going to college has to happen now but it doesn’t. Students are trained to think that way. We need to redefine the word ‘success’.”