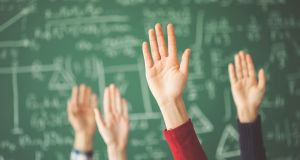 High pupil to teacher ratios and large class sizes in schools must be addressed by the next government, Social Justice Ireland (SJI) has said.

High pupil to teacher ratios and large class sizes in schools must be addressed by the next government, Social Justice Ireland (SJI) has said.

In an election briefing paper on education policy, the independent think tank said the next government must make improving education for pupils from disadvantaged backgrounds a “priority”.

Social Justice Ireland released the paper ahead of the general election on February 8th. Education has not come to the fore to date in the campaign, which has been dominated by issues such as housing, health and crime.

The think tank said there needed to be a clear plan to provide sustainable funding to the higher education sector over a period of five years. Its also said access for students from disadvantaged socio-economic areas to higher education must be improved.

Social Justice Ireland called for more “diverse access routes” into college courses for traditionally underrepresented groups at third-level. The next government also needed to increase funding into early childhood care and education, and to improve working conditions for staff in the childcare sector.

Currently 13 per cent of adults are involved in “lifelong learning,” such as part-time further education courses while in the workforce. The think tank called for efforts to increase this rate up to 15 per cent by next year, and 20 per cent by 2026.

The policy paper said the next government needed to set “ambitious targets for levels of literacy, numeracy and digital skills among adults”.