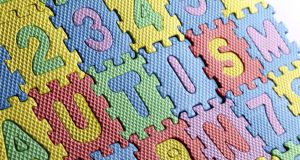 Professor Samuel Odom said it was often hard for parents of children with autism to access information on treatments.

An international expert on the treatment of autism has warned Irish parents against interventions which are marketed as “cutting edge technologies but have no basis in fact”.

Professor Samuel Odom, who is the keynote speaker at a major conference in Dublin today on special needs education, said it was often hard for parents of children with autism to access information on treatments or “even to understand the information”.

“I would advise them to ask: Where the evidence is that the treatment works? Can you show me where this has been tried in a very systematic way with students of autism that they actually get better?”

A number of alternative treatments in the US have emerged in recent years in educational settings, including dietary interventions, aquatic therapy, medical marijuana and stem cell therapy.

These are sometimes promoted in opposition to applied behavioural analysis (ABA), which has been shown to be “very effective”, said Prof Odom.

There has been a long-running battle by some parents of children with autism to have schools provide ABA as the sole method of treatment rather than a mix of approaches, often referred to as an “eclectic model”.

As a rule, Prof Odom said: “No single approach works with every child. The ABA approaches, which use a range of strategies are quite a good choice.” But he stressed there were different ABA models, including pivotal response treatment which showed “very good effects” in trials and the “early start Denver model” which focused not only the child’s learning, but also developing new strategies for teachers.

Prof Odom, who spoke to The Irish Times, also warned of a growing public health challenge from the number of children with autism graduating from post-primary education. It is estimated that one in 68 children have autism, and the incidence of diagnosis is increasing.

“In the US, parents of children with autism face a real challenge when they graduate from high school and go into the community. We do know the outcomes for those individuals are often very poor. They often don’t find jobs, they often continue to live with their parents and they don’t often develop a social network of friends.”

“The challenge we face is in establishing systems of support. There are models for vocational training that lead to jobs for students with autism but they are not used in many communities.”

Today’s conference, organised by the National Council for Special Education (NCSE), will also hear of fresh evidence of discrimination against children with special educational needs through admissions policies.

Initial results of a study into inclusivity in Irish schools identified an inconsistency between enrolment policies and practices.

Some schools would retain “exclusionary clauses” in their admissions policies despite proclaiming to be inclusive, according to researchers Richard Rose and Michael Shevlin whose Project IRIS (Inclusive Research in Irish Schools) study was commissioned by the NCSE.

Some 24 schools were surveyed and over 900 people interviewed for the study, which also said the failure to fully implement the EPSEN Act, 2004 was “causing serious difficulties at school level”.

Under the Act (on the Education for Persons with Special Educational Needs), each child assessed with a special educational need should have a personal education plan that was fully resourced.

However, successive governments have failed to implement the law for cost reasons.