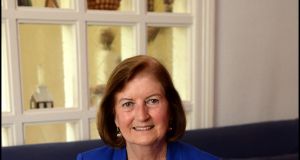 Secondary teachers have pledged to resist any moves which could lead to the creation of UK-style academy schools.

At its annual convention on Thursday, members of the Association of Secondary Teachers, Ireland (ASTI) heard claims that the policy focus of the Department of Education was on “ideological-driven autonomy” for schools, which has had negative consequences in other countries.

Academy schools, or free schools, in the UK are publicly-funded and have more freedom over their finances, the curriculum and teachers’ pay and conditions.

Susie Hall, a teacher with the Dublin northeast branch, questioned why Irish policymakers had to “slavishly” follow bad policy choices made in the UK.

One of the greatest strengths of the system in Ireland was the fact that children from all parts of the State had a right to the same standard of education by qualified teachers, she said.

“Free schools in Britain can employ people who are not teachers at all. I hope that doesn’t extend to the health service, or else we are all done for,” she said.

Séamus Keane, a teacher based in Fingal, said there was overwhelming evidence to show this type of approach was failing and formed part of a broader agenda to divest the department of responsibility for schools.

Another teacher, Catherine Shevlin of the Stillorgan branch, said academy schools had the power to set wages outside collective agreements and could drive down pay rates. Many, she said, put money into building “wow” facilities to attract students.

Other members said the moves to give schools greater autonomy were part of a broader agenda to introduce standardised testing and league tables to school, as has happened in the UK.

However, Joe Moran, a member of the Tipperary branch, said the notion that Irish policy always followed the UK was not true.

He said the union had successfully helped prevent school league tables and there was no sign of any demand for academy schools opening, with the exception of a private school due to open in south Dublin aimed at the children of multinational executives.

Mr Moran added there was merit to standardised testing in helping to identify children with learning difficulties.

A motion calling on the union to oppose any policy of measures introduced in line with a department research paper on advancing school autonomy was adopted by an overwhelming majority of members.

This is in contrast to the North, where school funding models allow schools to employ lab assistants from their school budgets, delegates were told.

While the Minister for Education was keen to prioritise so-called Stem (science, technology, engineering and maths) subjects, the failure to provide lab assistants was a “huge deficiency” in the system.

Delegates said there were potential dangers to students from poor storage or management of chemicals, while one said “even schools in Africa” had access to lab assistants.