Almost a third of students in Ireland depressed, survey finds 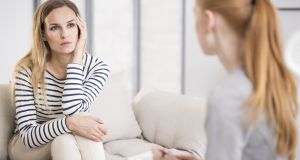 A third of students are experiencing “extremely severe levels of anxiety” and have had a formal diagnosis of a mental health difficulty at some point in their lives, according to a report by the Union of Students in Ireland (USI).

The National Report on Student Mental Health in Third Level Education surveyed 3,340 students on aspects of their experiences with mental health and mental health services in third level education. It was funded by the Health Service Executive.

Among the main findings in the report are that students are experiencing extremely severe levels of anxiety (38.4 per cent), depression (29.9 per cent) and stress (17.3 per cent). The survey is being unveiled in Dublin on Tuesday.

Almost one-third (32.2 per cent) had received a formal diagnosis of mental health difficulty at some point. One-fifth of students said they did not have someone to talk to about their personal and emotional difficulties.

Only 11.6 per cent of students reported never feeling lonely, with the remainder feeling it occasionally (25 per cent), sometimes (28.6 per cent), often (26 per cent) and 8.9 per cent felt lonely all of the time.

In terms of gender, non-binary students had the highest levels of extremely severe anxiety symptoms at 61.3 per cent followed by women at 41 per cent and men at 28.9 per cent.

Students who identified as non-binary were most distressed and less likely to be within normal ranges, followed by women and men. But men were slightly more likely to be extremely severely depressed than women.

A total of 41.8 per cent of those who participated in the study were receiving social welfare support of some kind. Many were dependent on financial assistance from parents (63 per cent), a partner (3.8 per cent), as well as bank (4.7 per cent) and credit union loans (6.0 per cent).

More than three-quarters of students were dependent on financial assistance from at least one of the sources above.