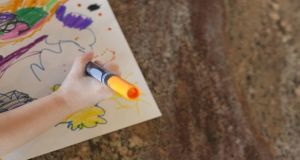 All staff working with children in pre-school settings will be required to have a level 5 qualification under regulations to be published shortly, Minister for Children Dr James Reilly has said.

Dr Reilly was speaking at an international conference in Dublin on monitoring quality in early childhood care and education.

Level 5 is a qualification below degree level in the National Framework of Qualifications.

The Minister said that new inspection requirements would also accompany the regulations and a fund had been established to support professionals to bring their skills up to the necessary level.

He said that a new registration system has been introduced that requires anyone who wants to establish an early-years service to register with Tusla’s inspectorate before they open.

He also said that an extra investment of €85 million in early childhood care and education next year would increase Government spending in the sector by 33 per cent, but that delivering reforms would require a programme of “concerted action and investment over a number of years”.

Dr Reilly said: “The investment required is considerable; the Organisation for Economic Co-operation and Development (OECD) reports that Ireland’s investment in this area currently represents 0.5 per cent of GDP.

“This compares to an average across the OECD of 0.8 per cent, and Unicef’s international benchmark of 1 per cent of GDP.

“Based on current GDP, every 0.1 per cent increase in public expenditure on childcare requires additional investment of over €180 million.”

Dr Reilly also launched a report that was published by the OECD on Wednesday, which examines how countries can develop and use monitoring systems to ensure quality and accountability in early childhood education.

He said that research suggested that much of the benefit for future learning and development of early care and education depended on its quality .

“This is why, as well as extending free access to pre-school provision to children from the age of three and increasing the number of subsidised childcare places for low income and/or disadvantaged working parents, my department will be bringing forward a suite of measures in 2016 to ensure that high standards in early childhood care and education are reached,” Dr Reilly said.

OECD deputy director for education and skills Montserrat Gomendio said that, without monitoring and evaluation, there could be no guarantee that early childhood education and care services met the expected standards for early learning.

Prof Edward Melhuish, professor of human development at the University of Oxford, told the conference that there were two arguments for investing in early childhood care.

The first was a moral argument, based on our duty to optimise wellbeing.

The second was an economic argument, based on the idea that we all benefit from such investment in the long term.

Studies carried out on 3,000 children by Prof Melhuish and others showed that the benefits of the pre-school experience were maintained years after the child had left pre-school.

It had strong effects on literacy, but even stronger effects on numeracy, he said.

The conference was jointly hosted by Pobal, a not-for-profit company that manages programmes on behalf of the Government and the EU, Better Start, the Department of Children and Youth Affairs and the OECD.