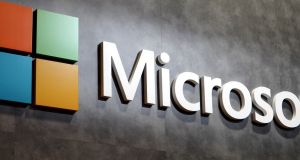 The court overturned a 2014 decision ordering Microsoft to hand over messages of a suspected drug trafficker.

The US Justice Department have asked the full appeals court to review a decision that upheld Microsoft’s refusal to comply with a search warrant for an alleged drug trafficker’s emails held in a server in Ireland.

In July, a panel for the US Court of Appeals ruled Microsoft would not be obliged to turn over emails stored in Ireland to the US government in connection with a drug investigation.

The court overturned a 2014 decision ordering Microsoft to hand over messages of a suspected drug trafficker.

The company argued that would create a “global free-for-all” with foreign countries forcing companies to turn over evidence stored in the US.

The government said a ruling in favour of Microsoft would create legal loophole to be exploited by fraudsters, hackers and drug traffickers.

The law doesn’t “authorise courts to issue and enforce against US-based service providers warrants for the seizure of customer e-mail content that is stored exclusively on foreign servers”, said US circuit Judge Susan Carney in July.

The dispute has arisen amid a growing challenge to governments as they seek access to digital data that travels across borders.

The Washington Post reports that if Microsoft prevails, the US government would be forced to request the data through a mutual legal assistance treaty with Ireland.