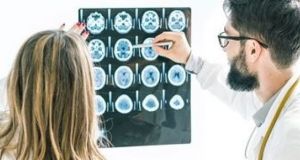 The controversy over the CervicalCheck screening programme involved women who developed cervical cancer, after which an audit of their earlier tests was carried out and revealed discordant results. Photograph: Getty

Two of the three judges, including the chair, who were to sit on the three-person CervicalCheck Tribunal, will not now be taking up their positions, it has emerged.

The development is likely to contribute further to the delay in getting the tribunal up and running.

In April it was announced that the establishment of the tribunal was being delayed because of Covid-19 and social distancing restrictions.

A recent notice on the tribunal’s website states that because of her appointment as President of the High Court in June, Ms Justice Mary Irvine is no longer in a position to act as the tribunal’s chair.

“Separately, Mr Justice Michael Peart who was nominated for appointment as an ordinary member of the tribunal, has informed the Government that he will not be taking up that post,” the notice said. The reason for the judge’s decision is not disclosed.

The decision to establish the tribunal was made in December 2018 and legislation to set it up was passed in July 2019.

The CervicalCheck Tribunal Act requires that the tribunal consists of a chairperson and at least two ordinary members.

It will not be possible to establish the tribunal until suitable persons have been identified to take up the posts, the tribunal notice states. In the meantime, the tribunal is not in a position to accept claims from affected parties.

The tribunal has offices and a website but is not officially established yet. It is only when there is an establishment date that the time allowed for making a claim will begin to run, according to the website.

A spokesperson for the Department of Health said recommendations on a new chair and ordinary member of the tribunal were expected shortly.

The department said the delay in establishing the tribunal had provided an opportunity to further prepare the tribunal’s premises for operating within the context of Covid-19.

“Protocols have been developed for attendance at the building and screens and other measures are being put in place.”

The controversy over the screening programme was sparked by Limerick woman Vicky Phelan, who has cervical cancer, settling a High Court action in April 2018 over the reading of her smear test. It later emerged more than 100 other women were not informed of an audit which revised their earlier, negative smear tests. Some are taking legal cases against the testing labs and the HSE.