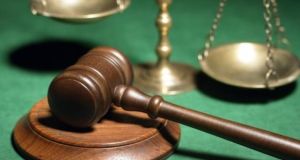 The defendant has been remanded in custody at Belfast Crown Court.

A 26-year old man is to stand trial next year on a charge of raping a two week old baby.

The accused - who cannot be named due to a reporting restriction put in place to protect the identity of the child - appeared at Belfast Crown Court on Friday.

He spoke once to confirm his name, and again to enter a not guilty plea to the charge of sexual assault of a child by penetration on a date between September 27 and 30 last year.

In addition, he was charged with causing grievous bodily harm with intent to the same child between the same dates, and of assaulting a woman between August 1 and September 2, 2018.

He is also pleading not guilty to these offences.

After his client denied all three charges, defence barrister John Kearney QC said there had been “a considerable degree of reaction in the local area where the offences are alleged to have occurred” and he would be applying for the trial to be held outside that area, and suggested Belfast as a possible venue.

When Mr Justice Colton asked what the Crown’s view to this application would be, prosecuting barrister Rosemary Walsh said “it is accepted there has been a strong local reaction.

“However, once the application is lodged with the court, we will consider that. There are family members we need to take into consideration. It’s something that we will consider very carefully.”

Mr Kearney also said the defence is in the process of instructing medical experts which he said would “probably be English-based.”

Mr Justice Colton was then told the trial is expected to last between two and three weeks, and a provisional date for the hearing was set as May 11, 2020.

After saying the case will be reviewed at the end of January, the judge said: “The defendant can be returned to custody.”