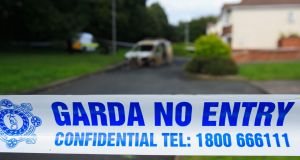 The attacks occurred in the vicinity of Corbally Baths, near the Mill Road.

When gardaí responded to the area they discovered an ambulance crew treating a 14-year old boy for minor stab wounds, sources said.

A Garda source said they believe all three incidents are linked, and that they all happened in the same general area, around the same time.

Gardaí were alerted to th scene after locals reported “a lot of activity and shouting”, and people running “up and down the street”.

Some youths “ran for cover in a nearby house, but to be fair to the gardaí they were on the scene very quickly,” a local source said.

The area is a well-known local beauty spot, located along the banks of the River Shannon.

A Garda spokeswoman said: “Gardaí are investigating an alleged assault that occurred in a park at Corbally Baths, Corbally, Limerick on the 11th October 2019 at approximately 8.30pm. A man in his teens received stabs wounds and was taken to University Hospital Limerick by Ambulance with serious but non life threatening injuries.”

“A male in his late teens was allegedly involved in an altercation with other youths in a park at Corbally Baths and was taken to UHL with serious but non life threatening injuries.”

The motive for the attacks were unclear, however the spokeswoman said, “investigations are ongoing” There were no reports of any arrests.

While the Corbally Baths area is used by walkers during the daytime, it is also frequented by gangs of youths in the evenings and at night.

Extra Garda resources were pumped into the normally peaceful community after a local teenager was slashed in the face in an unprovoked attack last February.

Last January a heritage sign at the historic baths was destroyed, prompting locals to seek the deployment of gardai on bicycles to the area.