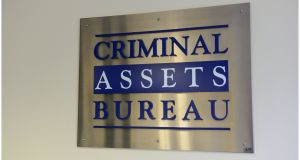 The High Court was this week told the council paid “security” or protection money to the leader of a Dublin drugs gang, and also to a man who was connected to three murders.

The High Court was told that “an official of Dublin City Council” informed Adston the council had employed O’Driscoll and Reilly to carry out “fence maintenance” at its site in the area. Adston was informed if they paid the two men “no problems of an anti-social nature” would occur at its rapid build housing site.

Adston told Cab they paid €1,500 plus VAT per week to both Reilly and O’Driscoll and the company “considered this to be for protection”.

The High Court heard that the “fence maintenance” service O’Driscoll and Reilly were offering was “a fiction” and no such service existed. Instead, the court heard, they directed the anti-social behaviour and when weekly payments to them were commenced, the violence stopped.

Similar payments were made by the other two companies.

In a statement on Wednesday the council said it “does not condone the payment of protection money by any of its contractors” and “no payments were made by the City Council to the individuals concerned”.

Vacant sites in the area had attracted “severe anti-social behaviour over the years”. It said a “legitimate contractor was engaged to secure the fencing on the site and to protect the fence and the enabling works, pending the appointment of a contractor to construct the new social housing”.

It said the council had been aware of “an extraordinary level of intimidation and criminal activity directed at this contractor’s staff, the City Council’s own staff and at the building site”.

Gardaí were “fully appraised by City Council staff of the very serious difficulties being experienced by the contractor on the site”.

The council said it was “concerned” that two staff members were identified in the High Court “without regard to their personal safety and without having been given notice. It is worth pointing out that both of these officers co-operated fully with the CAB investigation,” the statement said.

“The City Council is arranging for an independent investigation to be carried out into all aspects of its involvement in this matter.”

Earlier Minister for Housing Eoghan Murphy said he had been unaware of the matter. “That was the first I heard of it this morning. Obviously we can’t condone any type of behaviour that would support criminal activity.”

He said he was awaiting a report from the council on the matter.

“ I can’t condone that kind of activity, or officials from any local authority being involved in that type of activity, but then I need to hear more information on this,” he said. “Dublin City Council have assured me through officials that they are investigating it and will report back to me when their investigation is concluded.”

The High Court heard that Westside Engineering made payments to Reilly of €1,200 per week. The company was told this could then be reclaimed back from the council, with nine such payments eventually made.

MDY Construction initially declined to pay. However, stolen cars were then driven into the perimeter fence of the site, a Portacabin was burnt out and a digger was set alight after petrol was thrown on it while it was in use. The driver was hit by a brick and broke his ribs as he ran from the vehicle when it was set alight. Safety fears then brought work to a halt at the site, in December 2016.

When the “fence maintenance” services of Reilly and O’Driscoll were engaged in early 2017 the anti-social behaviour stopped, the court heard.