Those arrested in Fermanagh, Belfast and Derry are aged between 63 and 78 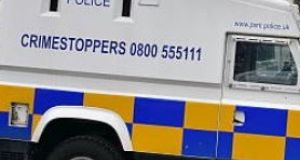 The PSNI said the 10 people were arrested and interviewed simultaneously to maintain the ‘integrity of the interview process’. Photograph: Getty

Ten people have been arrested in Northern Ireland in connection with an investigation into historical sex abuse.

The Police Service of Northern Ireland (PSNI) said it could not provide details on the arrests but assured victims of abuse that they were continuing to work on recent reports given to officers.

Detectives from the Public Protection Branch arrested the ten people who are aged between 63 and 78.

The operation was carried out on Tuesday in various locations in Fermanagh, Belfast and Derry.

A property in the Fermanagh area was also searched.

Det Supt Gary McDonald said there had been much local and social media speculation and commentary regarding the investigations.

“We are not in a position to elaborate further at this time as to the specific detail of each arrest as these are very much live and ongoing investigations, however I want to give reassurance to the both victims and the local community that we are continuing to work on the reports made to us over the past year,” he said.

The ongoing enquiry is also assessing any “significant or relevant links” exist between the alleged offending.

“In order to protect the integrity of each individual investigation and to allow for prompt and effective investigations, the team of investigating officers from Public Protection Branch felt it important that these 10 people were arrested and interviewed simultaneously to ensure the integrity of the interview process,” Det Supt McDonald said.

“As our inquiries are still continuing it would not be appropriate to comment further on the detail of specific cases at this time and we would encourage people to refrain from speculation as we continue our investigations.”