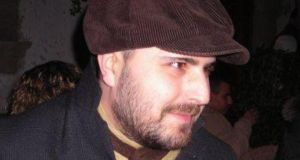 One of three siblings, Saverio Bellante was born on July 7th, 1979, in Palermo on the Italian island of Sicily.

On Friday, Bellante was found not guilty of murder by reason of insanity after killing and consuming part of his landlord Tom O’Gorman in 2014.

Bellante told psychiatrists that when he was a child his father had mental health issues and he believed his mother suffered from depression. When they argued, he took on the role of peacemaker.

Bellante’s father worked in the central post office in Palermo and frequently argued with his mother when Bellante and his brother, now a police officer, and sister were young.

His family had modest means and, believing they would not have enough money to send him to university, he attend a technical college specialising in accountancy from the age of 13.

A studious and hard-working young man, he worked as a waiter in pizzerias and bars to pay for his college education, studying a degree course in politics and international relations in the University of Palermo.

However, his younger days came with their difficulties and he suffered a nervous breakdown in 2004 when psychosis led him to believe he was Jesus. He would pray all day without a break when stressed.

Bellante had been in an eight-year relationship with a young woman from Palermo but that ended after he became ill. Because of his mental problems and the mood-stabilising and anti-psychosis drugs he was prescribed, it took him 10 years to earn his primary degree.

By the time he finally graduated, he appeared to be in a better position mentally. When he travelled to Tuscany to pursue his Masters he successfully completed that course in one year.

He had spent short periods in Ireland, first coming to the Republic to stay for a time in 2002-2003 when he worked as a waiter and played in a band.

Armed with his qualifications he returned in 2011 and found work in June of that year in the call centre of the pharmaceutical company Allergan as a customer services representative. He took home €1,750 per month and, living frugally, he saved 40 per cent of his salary each month, building savings of €20,000.

He drank modest amounts of alcohol, consuming an average of two pints per week, and smoked cannabis with friends. He lived in shared rented houses, first in Cabra and then Rathmines, before moving into Tom O’Gorman’s home in Castleknock in November 2013.

O’Gorman (39) was the youngest of three children and was living in the family home, as his parents are deceased and his siblings lived elsewhere. He was a devout Catholic and minister of the Eucharist. He met Bellante through their shared membership of the international Focolare movement, which promotes the word of Jesus, unity and brotherhood.

“Life with Tom was exactly what I was looking for, I loved him as a friend,” Bellante told psychiatrist Dr Stephen Monks during an interview after the killing. However, he said his landlord had narrow political views.

After coming to Ireland in 2011, Bellante engaged with the mental health services and continued to take his medication.

He was gradually coming off his anti-psychosis medication under the care of a psychiatrist when, on Thursday, January 9th, 2014, he stopped taking it. He worked the following day and immediately felt unwell.

When he watched a soccer match on TV he viewed it as a battle between good and evil.

He was at home with O’Gorman on Saturday June 11th, playing chess, when a dispute arose. Bellante told psychiatrists his landlord had made a poor move and when he, Bellante, moved his king to take advantage, O’Gorman “freaked out” and called the move “stupid and perverse”.

Bellante then called his sister in Italy, and when she heard references to “omerta” and “the mafia” in the message on her phone she became concerned.

When relaying details of how the row escalated, Bellante said while O’Gorman eventually said sorry, he believed this was insincere. “He was very scared, he knew I wanted to kill him,” he said.

When Bellante saw two briquettes burning in the fire and becoming one mound of ash, he felt that represented himself and O’Gorman. He said he got some water and poured half of it over the ash to resolve the dispute. But when he offered the other half of the water to O’Gorman he said he did not want it.

He said O’Gorman was evil. Believing he was Jesus, he said he had no choice but to kill him. “He wanted to kill me; not physically, but he wanted to take my freedom. It was necessary to kill him. People want to steal your freedom and make you a slave,” he said.

“I got a knife in the kitchen. I tried to hurt his head. He tried to resist. I got a [dumbell] weight and hit him on the head and tried to finish him off so I decided to remove the heart.”

He said the evil was controlled with the head and heart. He cut O’Gorman’s chest open and with his hands removed his right lung, which he believed was his heart. He brought it into the kitchen and later said he ate it.

Gardaí found some of the lung on a plate and another part in a plastic bag.

After killing and dismembering Mr O’Gorman he called 999 at 1.50am and told garda what he had done.