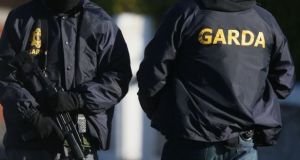 Ireland saw a sharp increase in the activities of far-right and Islamic extremists last year, according to the EU’s joint police agency.

In the past Ireland usually only featured in the EU Terrorism Situation and Trend Report in the context of dissident republican terrorism.

However, for the first time Europol, which compiles the report based on data from member states’ police forces, has warned of increasing far-right activity in the State including the presence of “known criminal elements” and attacks on direct provision centres.

The report also states that gardaí arrested five people people suspected of “jihadi terrorism” last year. One of these was Lisa Smith, the Dundalk woman who returned from Syria with her daughter in December. She is currently before the courts charged with membership of the Islamist terrorist organisation.

Four others were arrested on suspicion of financing Islamist terrorist activities. The four - three women and one man - who were members of the same family, were arrested by the Special Detective Unit in January of last year. They have not yet faced any charges.

The report states there were no arrests of “ethno-nationalist and separatist terrorists” in Ireland, a category which usually includes dissident republicans.

This data point has led to confusion among security officials who spoke to The Irish Times on Wednesday.

They pointed out several arrests of suspected dissidents were carried out last year which are a matter of public record.

This includes Paul Casey and Robert O’Leary, who were arrested in Dublin by the Special Detective Unit in August in relation to a cross-Border investigation into the discovery of a car bomb under a police officer’s car in Belfast.

Proceedings against Mr Casey have since been struck out while Mr O’Leary remains before the courts charged with membership of an illegal organisation.

Europol and the Garda have yet to respond to queries about the apparent discrepancy in the report.

Dissident paramilitary groups remain the biggest threat on the island of Ireland. There were 147 dissident arrests in Northern Ireland last year and 56 “security-related incidents by dissident republican (DR) groups”.

Islamic extremism, ethno-nationalism and left-wing groups remain the biggest terrorist threat to EU countries in terms of numbers of attacks. Jihadis were responsible for 10 terrorism-related deaths and 21 attacks in the EU last year with far-right extremists responsible for three deaths and six attacks.

Europol warns there is also growing threat from right-wing extremism in Ireland. Security sources say there has been a marked increase in extremist racist and white-national content being shared among internet users in Ireland.

In November, the database of the neo-Nazi Iron March website, whose members were notorious for advocating violence against minorities, was leaked online, showing about a dozen Irish users.

The issue of direct provision also saw the involvement of far-right activists in protests in various towns last year. One direct provision centre in Rooskey was set on fire twice last year while the car of Sinn Féin TD Martin Kenny was set alight after he publicly supported a proposal to accommodate asylum seekers in Ballinamore. Gardaí have not ascribed a motive for the incidents or arrested any suspects.

Europol said “known criminal elements have been identified as affiliated with right-wing protests” in Ireland and that “several high-profile right-wing extremist online figures ask for online donations, partially in cryptocurrencies”.

It receives most of its data from police agencies, indicating the Garda views far-right extremism as a growing threat here. It has yet to respond to requests for comment.

According to Europol there is “a strong international network involving right-wing extremists from Ireland, other European countries and the USA”.

There is also evidence this activity has ramped up in Ireland since the start of the coronavirus pandemic, although it is not clear how much of it comes from Irish based users.

Many of the posts expressed racist or anti-immigration views, including advocating violence against black people.

Moonshot found only 39 per cent of the tweets were sent by Irish users, with 14 per cent coming from the UK and 18 per cent from the US.