Reported sex offences against children in North rise by 37% 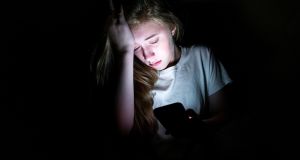 The NSPCC said there were an average of 23 contacts to Childline each week about child sexual abuse in the home. Photograph: iStock

There were 2,082 recorded sex offences against children under 18 years of age in Northern Ireland last year, up 37 per cent in the past five years, according to the National Society for the Prevention of Cruelty against Children (NSPCC).

The NSPCC said close to six child sex offences were recorded by the PSNI every day last year.

Across Britain and Northern Ireland there were 73,518 recorded offences including rape, online grooming and sexual assault against children in the year 2019-2020 – up 57 per cent in five years.

The charity also reported that contacts from young people to Childline about sexual abuse in the family tripled during the Covid-19 lockdown.

The NSPCC said there were an average of 23 contacts to Childline per week about child sexual abuse in the home, up threefold since March 23rd when lockdown was announced in the UK.

“Some children told Childline that sexual abuse had become more frequent during lockdown, as they were spending more time with their abuser,” the charity reported.