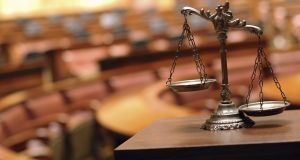 Rape victims subjected to questioning about their past sexual history will be legally represented at trial, under sweeping reforms to be unveiled. File photograph: Getty Images/iStockphoto

Rape victims subjected to questioning about their past sexual history will be legally represented at trial, under sweeping reforms to be unveiled on Wednesday.

The measure is among a raft of changes planned to improve victims’ experiences of the criminal justice system.

The strategy, Supporting A Victim’s Journey: A Plan to Help Victims and Vulnerable Witnesses in Sexual Violence Cases, to be published by Minister for Justice Helen McEntee, will, for the first time, ensure victims are represented in the court when past sexual history is being examined.

The strategy contains 50 actions to implement recommendations contained in a review of the system by legal academic and barrister Tom O’Malley SC, published in August.

That review was commissioned by Ms McEntee’s predecessor, Charlie Flanagan, in the wake of the 2018 Belfast rape trial which highlighted major deficiencies in the treatment of sex crime victims in the Northern Irish system.

The strategy promises specialist training to all public servants, including judges, likely to engage with victims of sexual assault, and free legal advice to victims, even where no prosecution is planned.

The Bar Council will provide courses as part of barristers’ continuing professional development, on how to treat victims, including how they should be questioned.

A key O’Malley recommendation was that a defence barrister must give notice at a pre-trial hearing if they intend to question the victim about their past sexual history. In such instances the “Legal Aid Board should be immediately informed” and the board should ensure the victim has legal representation, says the review.

A spokesman for Ms McEntee said: “New legislation to give effect to the recommendations on preliminary hearings...will be published before the end of December 2020”.