Rail line in North remains closed due to suspicious device 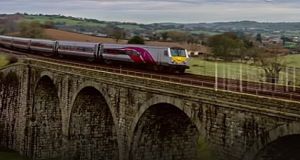 Travellers can get bus transfers between Newry and Belfast but these are also delayed, warned Irish Rail.

A train line in Northern Ireland remains closed this evening following the discovery of a suspicious object nearby.

The line between Lurgan and Moira was closed on Sunday afternoon while specialist officers examine the object which was found near the tracks in the Cornakinnegar Road area of Lurgan in Co. Armagh, said the PSNI.

The Dublin to Belfast Enterprise service which runs along the line has been suspended. Travellers can get bus transfers between Newry and Belfast but these are also delayed, warned Irish Rail.

Separately, PSNI officers came across another suspicious object during a series of house searches in Drumrallagh area of Strabane in Co Tyrone on Sunday.

The street has been closed and several houses have been evacuated while the object is examined.