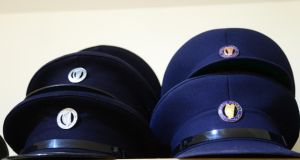 Prison officers are planning further work stoppages in two of the State’s biggest jails after leaving their posts for a one- hour industrial action yesterday afternoon.

Officers at Cloverhill Prison, west Dublin, stopped work between 2pm and 3pm in protest at what they say are dangerously low prison officer-to-prisoner ratios, after years of cost cutting in the prison service.

The 429 prisoners being held at the jail are usually unlocked from their cells at 2.30pm after lunch, but remained locked up yesterday for an extra hour as a result of the work stoppage.

A further action is planned for the same prison this afternoon. The dispute is set to spread to Mountjoy Prison, north Dublin, next week when one-hour stoppages are planned for Thursday and Friday.

The officers and prison service had been in talks at the Labour Relations Commission (LRC) for the past three days and although prison management felt agreement on staffing levels had been reached that would avert yesterday’s action, it still went ahead.

In a statement yesterday evening, the Irish Prison Service said it was “extremely disappointed” at the stoppage in light of the agreement that had apparently been reached at the LRC.

One justice source said while the officers’ union had reached an agreement with management, the local branch at Cloverhill rejected it. The same source also said while officers were complaining there were too few staff at the jail, the 225 officers assigned to it were 10 more than those levels agreed between the officers and management.

“The POA [Prison Officers’ Association] have chosen to proceed with this industrial action despite the fact that they have had access to the dispute resolution mechanisms in place under the Haddington Road agreement,” the prison service said in its statement.

The POA said the safety of its members was being compromised because they were being exposed to a working environment with too few staff to maintain effective control, especially in the event of a disturbance.

Association deputy general secretary Jim Mitchell said yesterday he and his colleagues were “bitterly disappointed” that talks at the LRC they believed could have resolved the matter were delayed. “Today’s industrial action has gone ahead primarily because of a lack of staff on the landings in Cloverhill and the knock-on safety issues which have developed,” he said.

The holding of dangerous prisoners in Cloverhill had exacerbated staff safety concerns.

Mr Mitchell added health and safety measures were not being applied properly at the prison and warned the planned further actions would take place unless management responded to the officers’ concerns.