Man arrested and released without charge after 22 premises searched nationwide 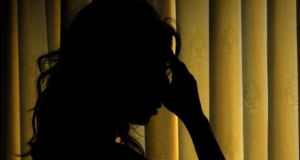 Gardaí have raided a total of 22 premises around the country as part of a two-day nationwide operation targeting organised prostitution. The searches follow a six-month investigation by the Organised Crime Unit into the activities of a criminal group involved in organised prostitution, brothel keeping and other associated criminal activity.

The operation was conducted in close co-operation with Europol as part of an initiative targeting mobile organised crime groups active throughout Europe. Gardaí searched a total of 22 premises yesterday, which included apartments, flats and houses at locations in Letterkenny, Dundalk, Clonmel, Waterford, Cavan, Mullingar, Limerick, Ballina, Ennis, Newbridge, Cork and 11 locations in the Dublin area.

During the searches, gardaí seized documentation, mobile phones, computers and money. A number of women present at the locations were interviewed by gardaí and “offered support and advice”. A man in his 30’s was arrested during the search of an apartment in Swords on suspicion of money laundering.

He was later released without charge and a file is being prepared for the Director of Public Prosecutions.