Figures show nearly 1,300 homelessness cases due to terrorist intimidation since 2012 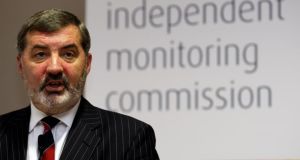 Nearly 1,300 incidents of paramilitaries forcing people from their homes have been reported in Northern Ireland in the past three years.

The number of cases of homelessness blamed on intimidation by paramilitary groups vastly outnumbered cases blamed on racism, sectarianism, homophobia or antisocial behaviour.

Figures obtained from the North’s public housing agency, the Housing Executive, list 1,842 cases of homelessness caused by various forms of intimidation from 2012 to this year. Some 70 per cent were linked to paramilitaries.

The figures were obtained by the Belfast-based news and analysis website The Detail.

It compiled a list of the areas where the highest figures for paramilitary intimidation were recorded, showing most were mainly unionist or loyalist.

The Housing Executive said it had no information on “the origin of paramilitary threats”.

Lord Alderdice, a leading member of the Independent Monitoring Commission that reported on paramilitary activity for the British and Irish governments from 2004-2011, raised concerns at the scale of violence at such an advanced stage of the peace process.

“The sooner we can find a way of working through the unfinished business of addressing the terrible legacy of the past, the sooner our people, especially those in working class areas, will be freed of the shadow of gunmen and gangsters,” he said.

The statistics showed there were hundreds of cases of homelessness caused by paramilitaries during each of the last three years.

There were fewer than 10 cases of intimidation linked to disability, but the exact figure was not included in the data to avoid identifying any individual.

“These figures demonstrate what we have always known – that the people who suffer most from the presence of paramilitaries are those in the communities that they claim to represent,” he said.

The Housing Executive said the figures showed that in nearly 900 of the cases where paramilitary intimidation was reported, it was obliged to seek housing as the individuals were deemed to be at risk of death or serious injury if they returned to their homes.