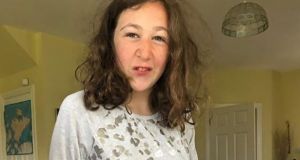 The death of Nóra Quoirin, a French-Irish teenager whose body was found near a Malaysian jungle resort after she vanished while on holiday, was most likely due to misadventure, a coroner has found.

Coroner Maimoonah Aid ruled out homicide, natural death and suicide and said the 15-year-old likely got lost after leaving her family’s cottage on her own.

She disappeared at the Dusun eco-resort in southern Negeri Sembilan state on August 4th, 2019, a day after her family arrived for a holiday.

After an extensive search, her body was found on August 13th beside a stream on a palm oil estate about 2.5km from the resort.

Nóra’s parents, Meabh and Sebastien, listened to the online verdict from their home in London in the early hours of Monday morning.

Afterwards, the Quoirin family said they were “utterly disappointed” by the coroner’s verdict.

Police believed Nóra climbed out of the cottage window on her own, with no evidence of any foul play.

But Nóra’s parents maintained she was likely kidnapped, because she had mental and physical disabilities and would not have wandered off on her own.

The coroner described that possibility as a theory and said it would be a breach of her duty to speculate on third-party involvement without any evidence.

Nóra was only wearing underwear when she went missing, but her body was found naked.

The coroner noted the family’s contention this lent credence to the possibility of sexual assault but said an extensive autopsy could find no such proof, nor evidence of struggle marks or smothering.

Ms Aid also said there were no suspicious circumstances prior to the teenager’s disappearance, no ransom request and no signs of intrusion into the family cottage.

“After hearing all the relevant evidence, I rule that there was no one involved in the death of Nora Anne. It is more probable than not that she died by misadventure, ie she had gone out of the Sora House on her own and subsequently got lost in the abandoned palm oil plantation,” the coroner said.

A total of 48 witnesses testified over 24 days at the inquest, which began last August, using video-conferencing due to the coronavirus pandemic.

The family said in a statement released through LBT Global, formerly the Lucie Blackman Trust, a charity that helps families in crisis overseas: “We witnessed 80 slides presented to the court today, none of which engaged with who Nóra really was – neither her personality nor her intellectual abilities.”

“Once again we see that justice struggles to support the most vulnerable in society – only engaging with special needs at a surface level – and not at the level that truly reflects children like Nóra.

“We believe we have fought not just for Nóra but in honour of all the special needs children in this world who deserve our most committed support and the most careful application of justice. This is Nóra’s unique legacy and we will never let it go.”

“The verdict focused exclusively on physical evidence and physical mobility - which we believe, presents a very incomplete/select theory on how Nóra came about her death.”

The Quoirins said they still believed an open verdict was the only appropriate one.

“Throughout the testimonies presented in this case, layers of (professional) evidence have confirmed what we always believed - that Nóra was abducted,” they said.

The coroner made mention several times of her inability to rule on certain points because she did not know Nóra enough, the Quoirins added.

“It is indeed our view that to know Nóra would be to know that she was simply incapable of hiding in undergrowth, climbing out a window, and/or making her way out of a fenced resort in the darkness unclothed (all of which were presented today as probable theory).

The Quoirins added: “Today is a significant day in the fight for justice for our beloved Nóra. Our legal team has worked tirelessly, against all odds, to bring the truth to light in a case previously declared as NFA (no further action).

“We have fought for this inquest because, while the medical cause of Nóra’s death was never in question, it was crucial to establish, insofar as is possible, how Nóra came about her death. We wanted to truly understand the full extent of Malaysian police SAR and criminal missions, but also to ensure Nóra’s story was fully expressed.”

The Quoirins’ lawyer, S. Sakthy Vell, said they have the right to apply for a revision of the coroner’s verdict at a high court if they so wish.