Murder-suicide cases being ‘brushed under carpet’ in Ireland 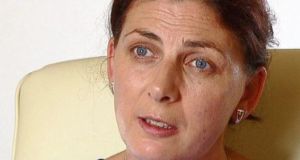 Una Butler, whose husband John killed the couple’s two children and then himself in 2010, is campaigning for families of those with mental illnesses to be involved in treatment

Murder-suicide cases are being swept under the carpet and are not being investigated thoroughly, according to Una Butler, whose husband killed their two children.

Ms Butler is campaigning for families to be involved in the treatment of people with mental health issues.

She told RTÉ’s Today with Sean O’Rourke Show that she has researched the area herself.

“Murder-suicide, people seem to think they’re rare, but they’re not - there have been 27 cases since 2000. I’ve researched it myself because there aren’t any official statistics here in Ireland on murder-suicides,” she said.

“Of those 27 cases, 20 involved children, 29 children have been murdered and ten adults. I was campaigning for changes to the Mental Health Act because my husband was suffering with depression at the time - I am campaigning to involve family members because patient confidentiality is being put ahead.

“I’m not saying that all these cases involved people suffering with their mental health.”

Ms Butler said there is not enough investigation into murder-suicides in Ireland and the Garda investigation concludes at the inquest.

“These cases are being brushed under the carpet. Family should involved in treatment.”

Speaking about her own experience, she said: “It’s very had to live without my children. I just had to learn and to do the best I can every day.

“Zoe was six, Ella was two - there was no forewarning that their lives were at risk. John loved his children, he had never been physically abusive to me or Zoe or Ella.

“He was a good father, a very hard worker. He did suffer from depression which was very hard to live with.”

She said: “Looking back in hindsight I’m saying I should have been involved in his treatment, the medical professionals would have had a greater insight into his behaviour. I would have been able to learn about his illness and support him, maybe better, or be able to deal with his illness in a better way if I’d been educated about it.

“By involving me in his treatment everybody would have benefited from it.”

She said that in her research she found that in over 60 per cent of the cases the person had contact with psychiatric services.

“I don’t believe there is enough research going into murder-suicide cases in Ireland. No more investigation is carried out because the person who did it is dead,” said Ms Butler.

“I’m absolutely shocked at the news from Cavan. It numbs me. My heart goes out to their family, their friends, it’s shocking.

“There doesn’t have to be another case for me to be reminded of my children or what happened. I’m living with it every day and it’s a living nightmare.”

She said: “There will be loads of occasions, their birthdays, their anniversaries - what should have been, what we should be doing, unfortunately you can’t make sense out of what happened. Nothing justifies killing anybody let alone an innocent child. It’s unnatural.”

She said if she had been further involved with John’s treatment, she believes the tragedy could have been prevented.

“You end up racking your brains wondering, why why why,” she said.

“I’m living with it every day, I’m trying to be grateful for the times I had with Zoe, Ella and John and to embrace those times, but it’s a very cruel unbelievable nightmare to be living every day.

“I’ve great friends, brilliant family, support from the community. I’m not one for sitting down, sitting in a corner all day. The support of friends is very important.

“I was numb for 12 months. Reality didn’t sink in for years.”