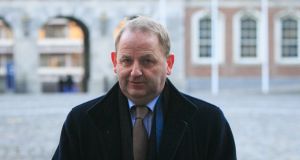 Garda whistleblower Sgt Maurice McCabe made multiple serious allegations against colleagues that caused enormous stress to them and their families over a period of years but without any evidence, the Charleton tribunal has been told.

All the allegations “crumbled and fell away because there was no evidence for any of them,” a solicitor for the Chief State Solicitor’s Office told the tribunal.

The complaints in some cases had been in existence for years.

Annmarie Ryan said the officers affected were “deflated persons” because of the complaints that had been made against them.

They had been subjected to an internal inquiry, an inquiry by barrister Sean Guerin SC, and then the 2015 O’Higgins Commission, which sat in private.

“They just wanted it to end.”

The officers were “under enormous stress”, said Ms Ryan, who acted for the officers before the O’Higgins Commission. She said she would arrange to phone them at particular times “to try to get them to get some sleep” and would tell them to “let me do the work.”

The officers concerned suffered stress but so too did their wives, children and parents, Ms Ryan told Shane Murphy SC, for the Garda Commissioner and senior officers.

“Some of them had been under pressure since 2008.”

Mr Murphy asked if he would expect serious allegations to be based on proof?

Ms Ryan said she would expect that, especially if the complaints were of a serious nature and were having a “devastating impact and affecting families.”

The tribunal has heard that multiple allegations made by Sgt McCabe against senior officers, including the former Commissioner Martin Callinan, “fell away” as they were investigated during the private sittings of the O’Higgins Commission.

The Charleton tribunal was shown a transcript from the O’Higgins commission hearings where Colm Smyth SC, for the Garda Commissioner and senior officers, questioned Sgt McCabe about complaints he made about Supt Noel Cunningham when he did not have evidence to support them.

“I made the allegations on the basis of what I knew from this case, and I only made an allegation. I didn’t say he did it,” Sgt McCabe said, according to the transcript.

Mr Smyth asked Sgt McCabe why he had made an allegation against Superintendent Cunningham accusing him of a gross dereliction of duty. “Why did you not seek out the information that supported that criticism before you made it?”

“A very good question,” Sgt McCabe responded at the commission, according to the transcript.

“When I was interviewed in relation to Byrne McGinn I expected them to come back to me in a month or two or three or six months and say: Hold on there, Maurice, you are wrong, and that is what they should have done. I would have said, yes, I am sorry.”

Complaints made by Sgt McCabe about operational matters in Bailieboro station, Co Cavan, were examined by Assistant Commissioner Derek Byrne and Superintendent Terry McGinn, who found that some of the complaints were justified and others not.

Sgt McCabe also made complaints against senior officers, in relation to matters linked to the original complaints.

The tribunal heard that in a submission in January 2012 to the then confidential recipient Oliver Connolly, the sergeant outlined a “sample” of complaints he had against Supt Michael Clancy, who had been put on a list for promotion.

The complaints, Sgt McCabe said in the submission, were “only a few of a catalogue of failures involving Supt Clancy”. They had been investigated by then Assistant Commissioner Byrne, who made no adverse findings against Supt Clancy.

“However, it may be the case that Derek Byrne hid evidence, material and certain findings from his superiors because he was the Commissioner in charge of the region at the time of the wrongdoing and received a bonus,” the submission from January 2012 said.

Sgt McCabe, in the submission to Mr Connolly, complained that in the circumstances Supt Clancy had been placed on a promotions list and on that basis accused the then Garda Commissioner Martin Callinan, of “corruption”.

At the commission hearings, the tribunal heard on Thursday, Sgt McCabe had agreed that part of his motivation for raising his complaints with Mr Connolly in 2012, was to get the matter of his complaints against Supt Clancy revisited.

“Yes, that was the purpose of it,” Sgt McCabe told the commission.

The commission found there wasn’t a “scintilla” of evidence to support the complaint against former Commissioner Callinan, Mr Murphy noted.

The commission chairman Mr Justice Kevin O’Higgins also noted the complaints against the other senior officers were unfounded.

“They all crumbled and fell because there was no evidence for any of them,” Ms Ryan said.

Mr McDowell, for Sgt McCabe, put it to the witness on Thursday that the commission report had said it was wrong to criticise Sgt McCabe’s motivation and that he had acted out of “genuine and legitimate concerns”.

Ms Ryan said the report was an “excellent report” and had been accepted by the Government.

The report said complaints of corruption made against officers Byrne and Clancy were unfounded.

“In each case the commission has found those hurtful complaints unfounded and those against whom such complaints were made had to live for many years under the strain of those allegations,” the O’Higgins Commission report found.

The Charleton tribunal is investigating whether unjustified grounds were used by Ms O’Sullivan’s legal team at the private hearings of the O’Higgins Commission in 2015 in an effort to discredit Sgt McCabe.

Mr Justice Peter Charleton said it was clear there was no evidence anyone had tried to use a rejected charge of sexual abuse made against Sgt McCabe in 2006, at the commission hearings.

The only matter that remained, therefore, was if she had tried to use other unjustified grounds in an effort to discredit Sgt McCabe.