Women being ‘thrown’ into homelessness after leaving prison 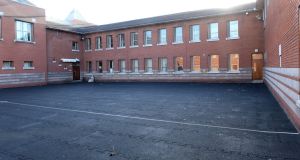 Serious shortcomings in conditions for women prisoners at the Dóchas centre in Dublin have been highlighted by a visiting committee, including concerns that women leaving the prison are “thrown back onto the streets” homeless.

The committee’s report, published on Wednesday, said numbers in the centre continued to cause problems and that throughout the year they regularly reached 120, and occasionally above that, even though the full capacity was 105.

Such overcrowding was “unacceptable” and led to prisoners doubling up, often sharing very small rooms.

“It also fuels aggressive behaviour, bullying and serious discontent. It is an ongoing problem to which we have constantly referred both in discussions with management and in our reports. It remains frustratingly unresolved,” the committee said.

Due to the efforts of management and staff, and to some progressive measures that had been put in place as a result of many reports and reviews of the prison system, the conditions for women in detention had improved.

However, many of the difficulties highlighted in previous reports remained and the campus, which is located beside Mountjoy prison, was in need of a “major upgrade”.

“We believe that without the full implementation of the agreed recommendations contained in joint Irish Prison Service and Probation Service reviews, and others, the many serious shortcomings in the detention of women prisoners will remain,” the report added.

It expressed particular concern about the unequal treatment of women prisoners due to the lack of open facilities, and specifically, the failure to provide gender specific community based, open or step-down facilities for suitable women.

The committee also highlighted the unacceptable condition of the campus and buildings, which included old and broken furniture, worn bedding, flaking paint, blocked sinks and ant infestations in some shower and washbasin areas.

The committee said it had made “repeated representations” about the condition of the campus.

It also said it was “strongly of the view” that the lack of availability of open prison facilities for women prisoners represented a “serious equality deficit” in their treatment.

The presence of drugs continued to be “a significant problem,” the report says.

“This is a matter of deep concern as it fuels aggressive and bullying behaviour endangering prisoners and staff. The visiting committee is concerned that this problem seems to be getting worse. It threatens the wellbeing of prisoners, disrupts the prison and its operation, engenders fear in many women and poses serious risks for all,” the report added.

“We are also at this stage frustrated at the official responses we receive to our representations which includes being constantly told that the support structures are in place to ensure that no woman leaves Dóchas homeless. This is frankly not the case.”

It said it once again “unapologetically” repeated its “deep concern” regarding the number of vulnerable women who were leaving Dóchas - which was State care - homeless.

“They do not have safe or supported accommodation and only have sufficient funds for bed and breakfast accommodation for one night. Thereafter, their only option is to try to get into a nightly hostel.

“Thus they are immediately thrown back onto the streets, into the milieu of drugs, alcohol, criminality and danger that has often fuelled their problem in the first instance and the hard work of the dedicated staff and supports in Dóchas, and of the women themselves, is undone.”