Many victims’ letters to Parole Board call for offenders’ release

Board deals with offenders sentenced to eight years or more, many of whom jailed for murder 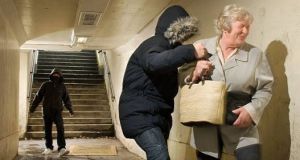 Victims of crime currently have no formal role in the parole process but are alerted when an offender is being considered for early release, and may make written submissions. File photograph: Getty Images

One-third of letters received by the Parole Board from victims of crime are in favour of releasing the offender from prison.

Victims of crime currently have no formal role in the parole process but are alerted when an offender is being considered for early release, and may make written submissions.

The Parole Board only deals with offenders sentenced to eight years or more, meaning a large number of the people who come before it have been convicted of murder.

By law, victims are classified as someone who suffered directly from an offender’s crime or, in the case of homicide offences, the family members of the deceased.

Shane McCarthy, a solicitor and member of the Parole Board, said about a third of the letters the board receives from victims are in favour of early release.

In 2013 a review was conducted of 30 letters, and nine were found to be in favour of release. Mr McCarthy said this was indicative of the general trend.

The reason for this is probably down to the “unique nature” of the Irish system, which generally only sees those convicted of murder receive a life sentence, Mr McCarthy said.

A “startling” number of people serving life are there for the murder of a family member, eg “a husband murdering a wife”, he explained. This means the victim’s family and the killer’s family are often the same people.

Mr McCarthy was speaking at the Parole Board’s annual conference, which also heard a significant number of prisoners decline to take part in the parole process.

When a prisoner serving a long sentence reaches the halfway mark in their term they are invited to take part in the parole process. Over a third decline to do so.

‘Not worth their while’

Mr McCarthy said they refuse to take part because the process is very time-consuming and often “not worth their while”.

Prisoners are automatically entitled to one-quarter and sometimes one-third remission of sentence, meaning they will often be released before going through the parole system, which currently has a significant backlog.

It is a different case for prisoners serving an open-ended life sentence, for whom the Parole Board is their only chance of getting out. Over 93 per cent of life-sentence prisoners agree to take part in the parole process.

The chief executive of the Parole Board of England and Wales, Martin Jones, also addressed the conference on the fallout of the John Worboys controversy in the UK. Worboys, known as the “Black-Cab Rapist”, was recommended for release this year by the board, having spent eight years in prison.

A backlash led to a court reversing the Parole Board’s decision and the chairman of the board stepping down.

Mr Jones said the controversy led to much criticism of the board, “some fair, some not”. He said the board had been told by the court it should have taken into account not only the sex attacks Worboys was convicted of, but also the offences he was alleged to have committed.

Worboys was convicted for sex attacks on 12 women but is a suspect in more than 100.

Mr Jones said the court’s decision was “irrational”, particularly since the board was not given information about these alleged offences.