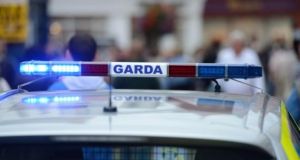 Named locally as Stephen O’Connor, he had been transferred from University Hospital Kerry in Tralee to Cork with serious head injuries. Photograph: Frank Miller

A man in his 30s who had been in a critical condition at Cork University Hospital since an alleged assault in Killorglin, Co Kerry, at the weekend has died.

Named locally as Stephen O’Connor, he had been transferred from University Hospital Kerry in Tralee to Cork with serious head injuries.

He had been on life support since the incident outside a fast food outlet in Killorglin in early hours of Sunday morning.

Gardaí in Kerry are following particular lines of inquiry including that there had been an altercation and one man, a single assailant, and possibly a single blow was involved.

A post mortem will be carried out on Tuesday by the State Pathologist, it is expected, and the results will determine the course of the garda investigation.

An incident room has been set up in Killorglin.

It is understood the dead man was with a group of friends at the time.

Mr O’Connor was from Glencar in the foothills of the MacGillycuddy’s Reeks south of Killorglin and worked locally in agriculture and construction.

Supt Flor Murphy of Killarney gardaí said the site had been sealed off and a technical examination of the scene took place. He said gardaí were appealing for witnesses including from passing motorists and taxi drives.

“Gardaí are appealing for anyone with information or anyone who was in the Square, Killorglin in the early hours of this morning and who can assist gardaí in this investigation to contact them at Killarney Garda station on (064) 667 1160, the Garda Confidential Line 1800 666 111 or any Garda Station,” he said.