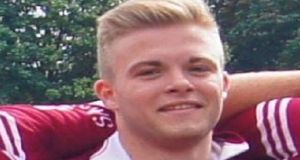 Gardaí investigating the death of a 21-year-old during a visit to Co Mayo last summer have arrested a man.

Joseph Deacy (21), from St Albans in Hertfordshire, England, was staying at a house in Derrynasillagh, Swinford, while in Ireland for a two-week holiday.

Mr Deacy had returned to the house in the early hours of Saturday, August 12th, following a night out in Kiltimagh.

At about 6am, a passerby noticed him in a collapsed state outside the property with visible injuries. He had sustained a trauma injury to the head but was still alive.

He received attention from paramedics at the scene and was taken to Mayo University Hospital. However, he died the next day after being transferred to Beaumont Hospital in Dublin, which specialises in treating head injuries.

Gardaí had initially been treating his death as an unexplained incident but a postmortem found he had died of blunt force trauma to the head, leading to a homicide investigation.

In November, two men in their 20s were arrested in connection with the matter.

On Tuesday, a man in his 20s was arrested and taken to Claremorris Garda station, where he is being held under the provisions of Section 4 of the Criminal Justice Act, 1984.

Earlier this month, the Deacy family said they were convinced that “someone knows what happened” to Joseph and appealed for this person to contact investigating gardaí.