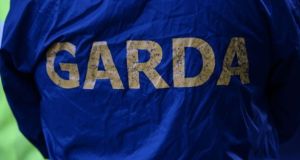 Gardaí said all of the suspected drugs will now be sent for analysis.

A man and a woman have been arrested after €205,000 of suspected drugs were seized in Co Limerick on Tuesday.

A car was stopped in the Kilteely area just before 10pm by gardaí from the divisional drugs unit who were assisting in Covid-19 patrols.

Gardaí searched the car and subsequently discovered €70,000 of suspected cocaine. The occupant of the car, a man in his 30s, was arrested at the scene and brought to Henry Street Garda station where he is detained under Section 2 of the Criminal Justice (Drug Trafficking) Act, 1996.

A search warrant was later executed at a premises in Knockainey and gardaí seized a further €100,000 of suspected cannabis herb and €35,000 of suspected cocaine. A woman in her 20s was arrested and taken to Henry Street Garda station. She is also being detained under Section 2 of the Criminal Justice (Drug Trafficking Act) Act, 1996.

Gardaí said all of the suspected drugs will now be sent for analysis.