The incident occurred just before 4:30pm on Saturday afternoon 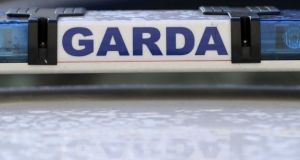 It is understood that the man is a security guard and he suffered knife wounds during the altercation.

A man in his 30s was assaulted by a group of males at a supermarket in North Co Dublin on Saturday afternoon, gardaí have confirmed.

The incident, which occurred at JC’s Supermarket in Swords, occurred at approximately 4.25pm on Saturday afternoon.

The man was assaulted by a number of males and sustained what are believed to be minor injuries, a spokesman for the gardaí said.

It is understood that the man was the security guard for the store and suffered knife wounds during the altercation.

A spokesman for the gardaí said the injured party attended an Accident and Emergency department.

The investigation into the incident is ongoing and no further information is available at this time, he added.