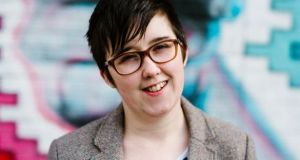 Two men charged with rioting offences in Derry the night journalist Lyra McKee was killed have been refused bail.

Paul McIntyre (51) has been charged with riot, petrol bomb offences and arson of a hijacked vehicle.

Christopher Gillen (38) has been charged with riot, petrol bomb offences and the arson and hijacking of a tipper truck.

The men appeared at the Magistrates’ Court in Derry on Saturday.

Ms McKee was shot dead while watching disturbances in the Creggan area of Derry on April 18th last.

Dissident republican group the New IRA said its members carried out the killing.

Violence had broken out in Creggan after raids were carried out by police. Detectives were investigating dissident republican activity in the Mulroy Park and Galliagh areas.

Two youths aged 15 and 18 who had been arrested in connection with the investigation were later released without charge.–PA