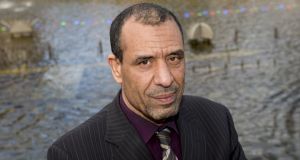 A leading figure in Ireland’s Muslim community has claimed he was fired from his teaching post in Trinity College Dublin as a result of controversial comments he made during an appearance on RTÉ in early 2018.

The Labour Court heard an appeal on Friday by Ali Selim, a lecturer in Arabic, against an award of €6,144 made by the Workplace Relations Commission that he had been unfairly dismissed by the university last September.

Dr Selim, who is also spokesman for the Islamic Cultural Centre in Clonskeagh, is seeking reinstatement to his former role as a part-time lecturer at Trinity where he had taught since 2010. Alternatively he claims he is entitled to the maximum award of two years’ salary for being unfairly dismissed which would be worth in excess of €18,000.

The academic, who was represented by the Irish Federation of University Teachers (Ifut), claims Trinity engineered a situation to make him redundant following his appearance on an edition of RTÉ’s Prime Time in February 2018.

Ifut deputy general secretary Frank Jones said the college had “contrived” to make Dr Selim’s position redundant after his appearance led to calls by TCD Students’ Union for his dismissal and his subsequent suspension for one week.

The allegation is strenuously denied by Trinity which maintains that his position became redundant as a result of staffing changes within the university.

Dr Selim sparked controversy during his appearance on Prime Time when he claimed female circumcision was acceptable in some cases.

The lecturer subsequently apologised for his remarks and said he condemned female genital mutilation, which is illegal in Ireland, in the strongest terms.

Mr Jones said Dr Selim’s comments on the programme had been misrepresented.

The Labour Court heard that Trinity, in reaction to the controversy, had offered an alternative lecturer to his students.

Mr Jones said some 2nd year students as well as all his 3rd and 4th year class and evening students had continued to attend Dr Selim’s lectures.

The court heard that Dr Selim had subsequently applied for the position of professor of Middle East studies but was unsuccessful.

“The job description was designed to ensure that he was not the best applicant but the successful candidate did undertake Dr Selim’s work,” Mr Jones said.

As a worker on a contract of indefinite duration, he said Dr Selim was entitled to full employment protections but had never been given a written contract and had not been served with minimum notice over his redundancy.

The WRC had ordered TCD to pay Dr Selim €4,000 for his unfair dismissal, €1,644 for non-payment of notice and €500 for not receiving his written terms of employment.

The court heard that Dr Selim had also suffered reputational damage as a result of losing his Trinity post as his media and other work was now “a lot quieter”.

Ian Whelan BL, for Trinity, said Dr Selim had proposed in 2017 that his post should be converted into a lectureship but the WRC had decided that such a position should be filled through an open recruitment process.

Mr Whelan said the decision to advertise for the post of an assistant professor in Modern Middle East Studies, which would subsume the majority of classes taught by Dr Selim, was made a month before his Prime Time appearance.

He told the Labour Court that the decision to suspend Dr Selim’s classes for a week was taken “to allow the matter to settle”.

Mr Whelan said the lecturer’s position became redundant after there was “insufficient student interest” in taking up optional Arabic classes in the 2018/19 academic year.

He said the suggestion by Dr Selim that he was dismissed because of his comments on RTÉ was “wholly misconstrued” and “erroneous”.

Mr Whelan said Trinity regarded the reinstatement of the claimant as “wholly inappropriate”.

A ruling in the case is expected in October.