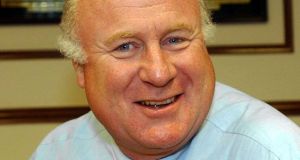 A judge has been asked to order a printing company to provide security for the legal costs of its action over the loss of a valuable multi-year agreement to publish several newspapers.

Webprint Concepts Ltd has sued several parties in the Commercial Court over losing the contract as a result of what it alleges was the “wilful” and “pre-packaged” restructuring of the Thomas Crosbie media group.

All the defendants applied yesterday to Ms Justice Mary Finlay Geoghegan for orders requiring Webprint provide security for the costs of the case, to be heard in October.

Webprint is opposing the applications on grounds including that its financial difficulties arose from what it alleges was a contrived restructuring. The financial loss exceeds the alleged legal costs of €3.1 million, it claims.

Webprint claims that had it known a restructuring was taking place, it could have bid for assets or negotiated a contract with potential purchasers.

Yesterday, Maurice Collins SC, for the TCH defendants, argued the loss of contract occurred because TCP had become insolvent and was not due to an alleged “scheme” put in place to evade contractual obligations.

Michael Collins SC, for AIB, argued the bank was entitled to security for its costs because Webprint was in financial difficulty prior to the restructuring and there was no evidence it would have been able to continue the printing contract. The hearing continues today.