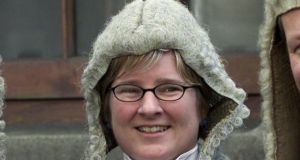 The Association of Judges of Ireland has strongly condemned personalised attacks in the Polish media on a High Court judge, Ms Justice Aileen Donnelly, for suspending the extradition of a Polish man.

In a statement issued on Thursday, the association said it “wishes to deprecate in the strongest terms the personalised attacks and invective directed at our member, Ms Justice Aileen Donnelly, reportedly emanating from some sections of the Polish media”.

“Any interested person or party is entitled to criticise a judgment or ruling of a court, and even to do so in robust terms,” the statement said.

“However, a judge is a public office holder, and if a party wishes to criticise her for the manner in which she has performed her public duty, the criticism should be confined to that and directed at the court’s decision and not at the judge personally. The irrelevant references to Ms Justice Donnelly’s personal and private life are utterly unacceptable and we condemn them unreservedly.”

The statement also said, in condemning the attacks, the association is “not to be taken as commenting in any way, or as expressing any views whatsoever, concerning the case at issue (which is ongoing) or the ruling in controversy, as it would be wholly inappropriate for us to do so”.

The statement comes after a conservative newspaper Dziennik Narowowy and website wpolityce.pl made a link between the judge’s decision and her sexual orientation. The newspaper ran a headline referring to an “Irish lesbian judge” suspending the extradition “because she is concerned about the rule of law in our country”.

The report also referred to Ms Justice Donnellly as the “first openly homosexual person working at the High Court” and also noted she had worked for the Irish Council and Civil Liberties (ICCL).

The Polish website also referred to Ms Justice Donnelly’s sexual orientation in its criticism of her decision last Monday.

In a statement issued on Thursday, the European Association of Judges said, “in view of the recent personalised attacks and offensive criticism directed at Ms Justice Aileen Donnelly reportedly emanating from sections of the Polish media”, it expressed “total solidarity to all Irish judges and, in particular, to the concerned colleague”.

The association said it wished to “strongly and unreservedly condemn” the “unacceptable references” to Ms Justice Donnelly’s personal and private life.

“In a democracy, any citizen is entitled to criticise a ruling of a court. However, the disapproval should not be addressed in a manner that encourages a culture of disrespect for the judiciary and, in any case, should never be directed at a judge pesonally but to the decision itself.”

The EAJ wished to emphasise the “vital importance of the independence of judges in making decisions in a vibrant and plural democracy which promotes equality and diversity”, the statement concluded.

In her decision, the judge asked the European courts for a ruling on the effect of recent legislative changes in Poland.

The referral was made in the extradition case of Artur Celmer, wanted to face trial in his native Poland on drug trafficking charges. He was arrested in Ireland on foot of a European Arrest Warrant last May.

In what Mr Celmer’s lawyers have called the “lead test case” in Europe on extradition to Poland, they opposed his surrender in light of recent legislative changes concerning the Polish judiciary, courts and public prosecutor, among other issues.

Referring the case to the Court of Justice of the European Union, Ms Justice Donnelly said a number of legislative changes in Poland in the last two years were “so immense” that the High Court was forced to conclude that the rule of law in Poland has been “systematically damaged”.

She said the Polish supreme court has been affected by compulsory retirement and future appointments, and by the newly composed National Council for the Judiciary “which will be largely dominated by political appointees”.

Referring to a new regime which reduced the retirement age for female judges from 67 to 60 and for male judges from 67 to 65, Ms Justice Donnelly said that “by legislating for gender discrimination amongst the judiciary,” Poland had shown a significant disregard for what is recognised in the Treaty of the European Union. It simply emphasises “that Poland appears no longer to accept that there are common European values which must be respected”.

She said the integrity and effectiveness of Poland’s constitutional tribunal or constitutional court had been greatly interfered with. There is now no guarantee that laws in Poland will comply with the Polish constitution.