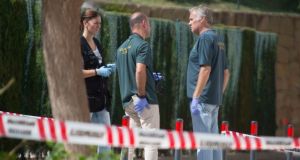 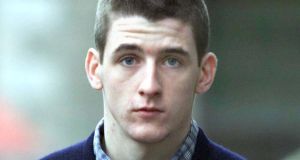 What is the dominant ethnic gang in Europe’s main drug- trafficking route?

The Russian Mafia? The Turkish Connection? Bloodthirsty Albanian crime lords who would cut your throat as soon as look at you?

They are all main players, mind you – along with the Chinese triads, West Africans and Eastern Europeans – but they’re not the top players.

People in Ireland will be surprised to discover who the number one dominators are: the Irish cartels that have shipped far and wide over the last decade and more.

Today, organised crime is one of Ireland’s most effective exports.

To be fair – and precise – it is not a purely Irish set-up. Instead it is an Anglo-Irish agreement of sorts, a loose collection of gangsters, underworld families and crime groups that stretch out like a lattice over the English Channel and the Irish Sea.

More accurately, the Irish-British gangs control the key drug hubs such as Amsterdam and Spain. Control them and they supervise the flow of drugs, money and power into the rest of Europe.

The Dutch police say Irish gangs are a dominant force in Amsterdam’s underworld – the stock exchange of Europe’s drug business.

Over the last two decades, Irish gangs have helped repel competition from the Yugoslavs, South Americans and North Africans to take control of this prized Dutch distribution centre.

Amsterdam and Spain are the narcotics’ gateways to middle-income Europeans, the highest consumers of cocaine and cannabis in the world.

To counter the threat, the police in Amsterdam have formed a “disruption” unit dedicated to destroying Irish-British drug rings there.

The Netherlands Politie’s joint investigation team (JIT) is so secretive that its officers use numbers instead of names, fearing assassination at the hands of violent godfathers.

The armed wing consists of an Army Rangers-style “hit-and-run” quick response unit, with police using laser-sighted weapons and having the capability to blow the doors off drug facilities using plastic explosive.

For the most part, Irish criminals look like well-off western Europeans, avoiding the bristlingly violent image of the Albanians or the steroid-fuelled one held by Russians. The Irish blend in, like chameleons.

JIT information specialist officer 17154, told The Irish Times: “The British and Irish always want to play the biggest part in an organised-crime network, and in Amsterdam they have succeeded.

The Amsterdam police see Irish and British gangsters as one and the same.

They graft together, make money together and go to jail and die together.

Officer 120499, a tactical investigator, added: “We are dealing with the upper class of British and Irish criminals in Amsterdam.

“In some cases, detectives and higher ranking officers have been threatened. For that reason we only use numbers on reports.”

Why are they so successful? The real answers are often counterintuitive.

As the Amsterdam police pointed out, Irish villains blend in. They do not make a fuss. They’re largely rational economic criminals who know violence is bad for business.

Abroad at least, Irish villains tend to be better behaved. They keep violence to a bare, necessary minimum. Instead, the big competitive advantages they enjoy are much more mundane.

They depend on good documents, good transport arrangements and good property purchase, the cornerstones of a prosperous drug empire.

Irish villains have got good access to forgers and fraudsters who keep them in a ready supply of plentiful, high-quality “paperwork” – counterfeit identity cards and passports that help evade capture and facilitate freedom of movement.

Officer 17154 added: “Most of the Irish and Brits we go after are already wanted criminals. They are in Amsterdam with a purpose, and it’s all about drugs. The disputes between them revolve around territory, shipments and ripping each other off.

“I think the British/Irish criminals are ruthless. If they know that we know who they are, then they will be ruthless in coming after us.

“When one of our guys turned up to a domestic violence incident, they were attacked by the man – really abused – just because he checked the suspect’s ID and the man was backed into a corner. It turned out he was a convicted murderer.

“If you back them into a corner they will kill you. They trust in false documents, but once that stops working they turn to violence.”

Irish drug smugglers have got good transport, both personal and commercial.

In Amsterdam, there are a number of underworld “rent-a- car” firms who hire out vans and cars to criminals.

Inconspicuous runabouts dubbed “blenders” get drug dealers through the day without attracting attention and are switched frequently.

Once the gangs have taken possession of heroin, cocaine and tablets in Amsterdam or Spain the drugs must to be moved to Ireland or the UK. That means lorries. Irish criminals have control of this vital asset.

Irish gangsters have ties, too, to underworld estate agents in Holland and Spain who supply places to live and safe houses in which to store contraband and house “workers”.

Officer 17154 said: “These companies are magnets for criminals. We looked into a corrupt housing agent and we found a property linked to a suspect in a killing.”

Irish drug dealer Peter “Fatso” Mitchell fled to Amsterdam to lie low after he was shot in Spain. The Amsterdam police flushed him out through a dodgy housing agent. He was caught with a false passport.

The officer said: “We found him visiting a property that we’d already linked to another big drug dealer.”

The police had wanted Mitchell for years – he was a close friend of Brian Meehan, who was serving a life sentence in connection with the murder of journalist Veronica Guerin.

Irish criminals have been powerful in Amsterdam for more than 30 years because of its proximity to Ireland and the UK. They speak the international language of business, English, and are known as reliable “traders”.

The fact is not lost on the Amsterdam police that Irish criminals are in general easy-going and friendly. He did not go as far as name-checking the “old blarney”, but that’s what he was getting at.

Affability, reliability are good attributes for an international drug dealer.

One of the most important intangible assets of an underworld operation is criminal heritage.

Customs, traditions and reputations make cartels attractive to other criminals. Much of it is myth and blag – but powerful underworld propaganda all the same – that big egos trade off.

Of course, the big boast spun by Irish cartels is the shadowy connection to the IRA. For those in the know in this reporter’s hometown of Liverpool, the republicans were known as the Ra or just “the boys”, euphemisms casually name-dropped by gangsters and wannabes to conjure up a sense of power.

It is no coincidence that the fortunes of the Liverpool cartel and their Irish cousins have grown in tandem.

Their links strengthened in the late 1980s and 1990s, the boom time of Anglo-Irish drug dealing, when the foundations of their multibillion Euro empires were laid and crime dynasties were born – the same families that are being decimated in Dublin today.

Like the Irish gangs, the Scousers were steeped in a heritage of contraband smuggling.

Many of them were dockers and sailors who knew how ports worked and knew how to use the knowledge to their advantage.

It was assumed that many of the Irish villains they grafted with had finely tuned their skills in more recent times smuggling arms for IRA, not to mention highly lucrative cross-Border fuel scams and rebel money-laundering operations.

Whether it was true or not, the assumption was allowed to flourish and it brought respect. The same phenomenon is visible in young Muslim gangs in London today, who give themselves an edge on the street by pretending or over-claiming their links to terrorists and extremists.

The British links with Irish criminals are true enough, however.

This reporter once bumped into a very powerful top-five UK godfather (now a legitimate multimillionaire) in a plush Liverpool hotel and asked him why his £1,000 Prada mac was dripping wet.

“I’ve just got off the Irish ferry,” he replied.

“I’ve been to a funeral with Gerry over there, you know, the Monk.”

Gerry Hutch had a lower public profile at that point.

The senior members of the Liverpool cartel used an assassination team known as the “cleaners”, alleged ex-IRA hit men.

They remained low-key, except once when an off-duty assassin got overexcited at a pub called the Inglenook in Liverpool’s Dingle dockside area and fired his gun into the air at a Bonfire Night party.

The party was being hosted by Colin “King Cocaine” Smith, a street dealer turned baron worth an estimated £300 million.

Smith had forged close links with an Irish criminal gang led by “Fat Freddie” Thompson, who was one of those who attended the funeral in February of David Byrne, who was killed in the Regency Hotel attack.

In October 2007 when Smith was assassinated on a Liverpool street, across Europe his Irish enforcers were also wiped out.

The conspirators shot the 40-year-old Everton fanatic – who was so rich that one of his share certificates alone was worth £70 million – so that they could steal 1,000 kilograms of cocaine that was being smuggled on to the continent.

Subsequently Smith’s Irish enforcer, Paddy “Wack” Doyle, was shot by hit men near Estepona in Spain. His BMW 4x4 was being driven by the late Gary Hutch, who survived the 13-bullet fusillade.

Whether you die on a dusty road in upmarket Spain, or the bleak car park of a Dublin housing estate, it’s a small world for Ireland’s global super-criminals.

Graham Johnson is the author of Cartel and Young Blood, both published by Mainstream Publishing