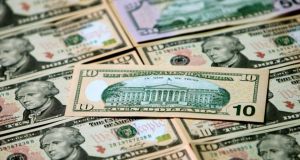 An address in Kilkenny topped a table of addresses used for multiple potentially fraudulent tax return applications submitted to the Internal Revenue Service in 2012, a study by the US treasury has found.

The address in Kilkenny was used for 580 returns in 2012, which led to “refunds” totalling $218,974 being issued, according to the study by the treasury inspector general for tax administration in the United States.

The details of the address in Kilkenny are not given in the report.

The report found that while efforts were being made to reduce the level of tax returns using identity theft leading to fraudulent payments, the issue was still a huge one for the IRS. The report identified 787,343 undetected potentially fraudulent tax returns prompting tax “refunds” totalling more than $2.1 billion for 2012.

The report pointed out that often legitimate taxpayers only discovered that their identity has been stolen when they made their tax returns, after which they found themselves having to prove their identity before their submission could be processed.