Investigation into death of man at Drogheda Garda station 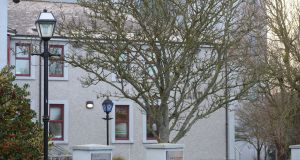 The Garda press office said “the alarm was raised when the man was discovered unresponsive in a holding cell” in Drogheda Garda station. Photograph: Alan Betson

Gardaí have confirmed they are investigating the circumstances surrounding the death of a man in his 50s while in custody in Drogheda Garda station.

The Garda press office said “the alarm was raised when the man was discovered unresponsive in a holding cell,” on Sunday and he was pronounced dead at Our Lady of Lourdes Hospital a short time later.

The deceased had been arrested earlier on Sunday in Drogheda under public order legislation.

The Garda Síochána Ombudsman Commission (Gsoc) was notified and attended at the scene.

Gardaí said that “following an assessment by the Gsoc, An Garda Síochána will continue to take the lead in the case and a full investigation will be carried out to establish the facts and circumstances surrounding the death of the man”.

In a statement on Monday Gsco appealed for witnesses. It said the man was arrested in the area of Trinity Street, Drogheda, at about 12.30pm on Sunday and brought to Drogheda Garda station.

“He was found to be unresponsive shortly afterwards and was brought by ambulance to hospital and pronounced dead a short time later.

“A Garda superintendent referred the matter to Gsoc in accordance with section 102 (1) the Garda Síochána Act, 2005.

“Potential witnesses who may have information in relation to the death or who were in the vicinity of Trinity Street, Drogheda, before 12.40pm on Sunday, January 31st, are asked to ring the Gsoc witness appeal line at 1890-600 800.”

4 Covid-19 vaccines: HSE advises GPs of potential shortfall of up to 15% in supply this week