Government accused of cowardice over tapping of cables

'Will the Government continue to award contracts to firms that have been complicit with the UK government in spying on our conversations?' 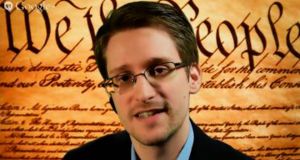 The Government has been accused of cowardice for “putting its head down” and declining to comment on the news that Irish telecommunications cables have been targeted by British intelligence.

Documents released via the National Security Agency whistleblower Edward Snowden outline how a series of underwater cables connecting Ireland to the global telecoms grid are being tapped. The files list the cables that Britain’s government communications headquarters (GCHQ) has accessed or sought to access, and identifies the commercial owners of the cables by codenames.

Dr TJ McIntyre, lecturer at University College Dublin school of law and chairman of advocacy group Digital Rights Ireland, said the activity outlined in the documents amounted to mass surveillance and that “literally everything” transmitted via the internet in Ireland was being monitored.

He said the revelations raised questions for Government but that its response had been to “go to ground” and refuse to comment publicly. “They have been rather cowardly in this matter, in putting their heads down and hoping it will go away,” he said.

Previous tranches of GCHQ documents showed the agency recorded the entire content of internet traffic for three days and held onto metadata for 30 days. “That means that they can rewind and listen to anybody’s voice conversations, read anybody’s email, monitor anybody’s web browsing from up to three days ago,” Dr McIntyre said.

The German newspaper Süddeutsche Zeitung released the latest documents as part of its report on a new cache of documents from Mr Snowden.

It focused on how telecom firm Cable and Wireless, which was acquired by Vodafone in 2012, “played a key role in establishing one of the GCHQ’s most controversial surveillance programmes”. Vodafone says it does not go beyond what is required under the law when responding to demands from any agency for access to customer data.

Its director Mark Kelly said the council had instructed its sister organisation Liberty as its solicitors in the UK and had pursued a formal complaint before the UK’s Investigatory Powers Tribunal, which adjudicates on complaints against the intelligence services and surveillance by government bodies.

The complaint, which objects to the bulk interception of online communications by the UK intelligence services, has been brought by a coalition of civil liberties groups across the world. A decision from the tribunal is expected later this week. The Department of Communications referred queries on the Snowden revelations to the Department of Foreign Affairs, which declined to comment.