‘Turning on’ the technology would increase workload beyond capability – Chief Inspector 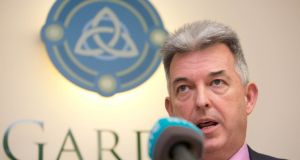 Gardaí have the technology to alert them when and where images and videos of child sex abuse are being accessed in the Republic but they are not using it, the Garda Inspectorate has said.

This is despite the fact some gardaí have been trained to use the technology, according to the report on how the Garda investigates child sexual abuse and sexual exploitation.

“The FBI has trained Garda Síochána staff in the use of Round-Up but it has not yet made a decision to use it,” it said of a specific technology that is available to the Garda but is not being used by it.

Round-Up provides the specific internet protocol (IP) addresses through which a large number of sex abuse images online are accessed.

Having the location, and confirmation that illegal images were being accessed from those specific addresses, would mean gardaí could search the properties.

Computers, phones and other devices could be seized and analysed and, with the evidence found on them, suspects could be charged.

Chief inspector of the Garda Inspectorate, Mark Toland, said he believed the Garda did not have the staff numbers for the workload that would result from “turning on” the technology.

Mr Toland was speaking yesterday at the launch of the “Responding to Child Sexual Abuse” report. It revisits a 2012 report by the inspectorate which found serious shortcomings in the way the Garda investigates child sexual abuse.

Much of the report published yesterday makes for very difficult reading for the Garda.

The Garda’s Pulse data “could not always” capture features of a crime, such as an offence being internet based. This “makes it difficult to determine” how many web-based offences take place annually.

In cases where clerical sex abuse is notified to the Garda and the victim is unwilling to make a statement, the crimes are neither recorded nor investigated by the Garda.

When other third-party referrals are made to the Garda identifying a named person as a child sex abuse victim, in most cases the victim is not approached. And in those cases the crimes are not recorded, investigated and “the offender is not brought to justice”.

Only 16 social workers were available nationwide to interview child victims of sex abuse. This was not enough for the envisaged Tusla-Garda interviewing teams to handle all the Republic’s child sex crime cases.

Inexperienced gardaí, some not long out of the Garda College in Templemore, were still being asked to investigate cases involving child rape. In one case, a statement from a victim consisted of four lines of narrative.

However, in some cases there were “unexplained delays” in carrying out interviews or arrests. In one case, a teacher was interviewed 15 months after a child sex abuse allegation was made against them.

Garda members were also recording some child sex crime cases as “detected”, despite no charges being brought. In some cases crimes were recorded as “detected” on the day the offence was reported and before any investigative tasks were carried out.

“Many detections do not comply with the crime counting rules and are considered to be unsafe,” the report says.

In its 2012 report the inspectorate recommended centres where victims of child sexual abuse could be medically examined, interviewed, given access to therapy and supported by expertly trained staff. However, it said that in the intervening six-year period this proposal remained in the “discussion stage”.