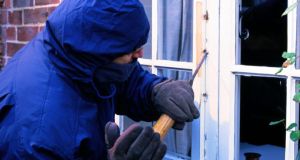 The figures supplied to Dublin City Council show burglaries investigated by gardaí in Pearse Street, the State’s busiest Garda station, and Donnybrook in Dublin 4, increased by 30 per cent from the first quarter of 2014 to the same period in 2015.

Burglaries, assaults, public order offences and bicycle thefts have increased significantly in the southeast of Dublin city over the last year, according to new Garda statistics.

The figures supplied to Dublin City Council show burglaries investigated by gardaí in Pearse Street, the State’s busiest Garda station, and Donnybrook in Dublin 4, increased by 30 per cent from the first quarter of 2014 to the same period in 2015.

The increase in burglaries, from 147 to 191, occurred during a period when a specific Garda operation to combat burglaries in Dublin has been in force.

Operation Acer was set up in March 2012 to provide “a focused, targeted and integrated approach” to arresting criminals involved in committing burglaries and related offences in the Dublin metropolitan region. It was put in place to support Operation Fiacla, the national operation to tackle burglars .

However, the biggest increase has been in the number and percentage of public order offences recorded in the southeast of Dublin, which have increased from 203 in the first quarter of 2014 to 372 in the same period this year, up 83 per cent.

Green Party city councillor Claire Byrne, who represents the area, said she was particularly worried about the increase in bicycle theft at a time when council and Government policy was seeking to increase the number of journeys made by bicycle.

“This unprecedented rise in bike theft is deeply concerning to anyone who owns a bicycle and to those who want to see an increase in cycling in the city. Research has shown that people are far less likely to invest in a new bike and continue cycling after a theft, so it’s something we need to tackle urgently.”

“No one would accept car crime to such an extent, so it is time for all stakeholders to roll up their sleeves and get to work on solutions to this problem.”

Some crime categories did fall over the period. Drug-dealing reduced by 13 per cent and drunkenness fell by 24 per cent. Muggings fell by 29 per cent, from 24 to 17, and thefts from people, typically pickpocketing, fell from 286 incidents to 246, down 14 per cent.