Garda arrested on suspicion of taking payments from crime gang 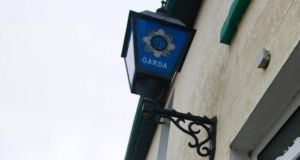 The garda is being investigated on suspicion of the offence of corruption in public office which carries a prison term of up to 10 years on conviction.

A Limerick-based garda has been arrested on suspicion of taking corrupt payments from a high-profile criminal gang.

The garda, who has significant experience investigating serious crimes, was detained last Wednesday for questioning by members of the National Bureau of Criminal Investigation (NBCI), a unit which specialises in organised crime.

He is suspected of receiving payments in return for supplying information to the Rathkeale Rovers gang, a group of Travellers who carry out offences both in Ireland and internationally.

The garda was arrested last Wednesday and taken to a local Garda station for questioning. He has since been released and a file is currently being prepared for the Director of Public Prosecutions (DPP).

Another man, who is not a member of the force, was also arrested and questioned in relation to the matter. He has also been released.

The garda is being investigated on suspicion of the offence of corruption in public office which carries a prison term of up to 10 years on conviction.

He is the second garda to be investigated in recent months in connection with the Rathkeale Rovers. Last October another Limerick garda was suspended after he was suspected of providing bogus insurance certificates to members of the gang.

NBCI officers believed this garda came under the influence of the gang due to his cocaine and alcohol addiction. He is suspected of certifying members of the gang had provided valid car insurance documents when in fact they were forged or non-existent.

He was questioned following a large-scale NBCI investigation involving a search of a Garda station and multiple homes.

It is understood investigators uncovered information during those searches linking the garda arrested last week to the gang. Information contained on a mobile phone found in the searches was particularly relevant, sources said.

The Rathkeale Rovers network, which takes its name from the Co Limerick town, is made up of members of several Traveller families. It is involved in drugs, fraud and the theft of high-value items both in Ireland and abroad, and the gang is regarded by some police forces as one of the wealthiest in the world.

It recently came to public attention due to members’ involvement in the illegal rhino horn trade. In 2016, several members were jailed in the UK for planning to steal up to €70 million worth of rhino horns and Chinese artefacts during a series of museum raids.

However, the main source of their income is low-level fraud such as selling stolen or counterfeit tools.

The Garda Press Office declined to comment on the arrest on Tuesday.