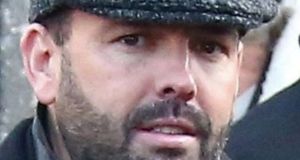 A senior Garda has said it is “reasonable to assume” that the most senior members of the Kinahan crime group will be brought before the courts, speaking in a BBC Panorama documentary broadcast on Monday night.

Mr Kinahan, who currently lives in the United Arab Emirates and has no convictions, has been identified by an Irish High Court judge in 2018 as controlling a vast international network of drugs and arms smuggling.

Speaking in the programme, John O’Driscoll, Assistant Garda Commissioner, said the ultimate aim was to put the Kinahan organised crime group “out of business,” and bring its “hierarchy” before the courts.

Mr O’Driscoll said: “I think it is reasonable to assume that we will achieve our ultimate objective which is to put the Kinahan organised crime group out of business, and to bring the hierarchy of the crime group before the courts.”

When asked if this included Daniel Kinahan, Mr O’Driscoll said: “I’m not going to speak about any particular individual, but whoever happens to be in the hierarchy.”

Mr Kinahan had acted as an adviser to British heavyweight boxing champion Tyson Fury for a number of years, and was key in brokering a high-profile two-fight deal between him and rival Anthony Joshua last year.

Amid controversy last June over his criminal links, MTK, the management company he co-founded, said Mr Kinahan would be stepping back from boxing “to focus on other interests.”

“I think he was trying to launder his name, the same way they launder money from the drugs trade, I think that’s exactly what was taking place here, he was laundering his reputation,” he said.

Mr Leahy said it had been accepted in the Irish courts that Daniel Kinahan was directing the “day-to-day operations for the Kinahan cartel”.

Also speaking in the programme, retired Irish professional boxer Barry McGuigan said he had “no doubt” there was an “intimidation effect” from Mr Kinahan’s presence in the boxing industry, with others in the sport fearful of speaking out against him.