No arrests made during west Dublin searches, investigations are ongoing 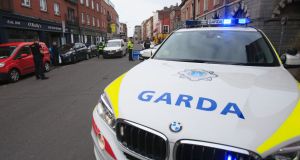 The searches were carried out at an unofficial halting site in the Tootenhill area.

Officers carried out searches at 30 homes during the operation.

Twelve caravans, three generators and a range of power tools were seized.

Gardaí said they believe all of the items were stolen.