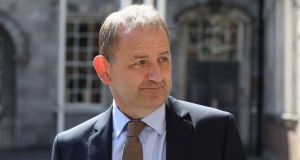 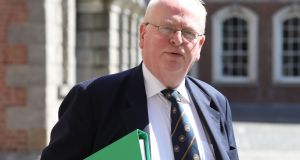 The Garda Press Office confirmed off-the-record to journalist Paul Williams that whistleblower Sgt Maurice McCabe had been the subject of a child sex allegation, the Charleton tribunal has heard.

The then head of the office, Supt David Taylor, also confirmed to Williams that the Director of Public Prosecutions decided no charges should be brought. However, Williams said the superintendent did not say that the DPP observed that the allegation made, even if correct, did not constitute a sexual assault, or even an assault.

Williams told the tribunal sitting in Dublin Castle on Tuesday he did not think it was strange that the superintendent gave him the information about the alleged sexual assault. He said he put the questions to the superintendent, who later returned with answers.

He said he “presumed” that such information might normally be confidential, but that if there were questions about how the subsequent Garda inquiry had been conducted, “then no”.

Williams told the tribunal that he submitted a series of questions to Supt Taylor after he interviewed the woman who made the allegation. The woman, who is being called Ms D, was the daughter of a Garda colleague of Sgt McCabe’s and had made the allegation in 2006, when she was 12 years old, about an alleged event in 1998.

Williams interviewed the girl in her parents’ home after he was contacted by her father. He said no one in Garda HQ had prompted him to conduct the interview.

He subsequently submitted questions to Supt Taylor and had a number of conversations with him over a period of weeks, before publishing articles in which neither Ms D nor Sgt McCabe were identified.

Williams told Michael McDowell SC, for Sgt McCabe, that he might have “taken a different view” if he had been told the detail of the DPP’s view of the allegation. Williams said he did not contact Sgt McCabe as the articles he wrote did not identify him.

“Because it was so anonymised, I felt there was no need.” He did agree that some people, including the sergeant, might have known the articles were about Sgt McCabe. The articles noted the DPP’s decision that no charges be brought.

Asked if he had been the subject of a child sex abuse allegation that had led to no charges being brought, he would expect the Garda Press Office to confirm that, off the record, some years later, Williams said it was his job to ask questions.

The tribunal also heard that in one of his articles Williams published details of the alleged assault, as claimed by Ms D, which were significantly different to those that had been made by Ms D in 2006.

In the article Ms D, who was not identified, was quoted as saying that the unidentified alleged assailant “closed the door and sexually assaulted me for what seemed like a long time” before anyone else came into the room.

However in her original complaint, Ms D did not say the door was closed, or that the disputed incident went on for a long time. Williams said he did not know that the 2014 allegation was different to the one originally made.

Williams said he did not know who in Garda Headquarters Supt Taylor consulted before he came back to him with answers. He said that at one stage Supt Taylor said that the fact of the 2006 inquiry was known to people in Garda HQ and some people in Government.

The Disclosures Tribunal is investigating if a smear campaign was operated against Sgt McCabe on the direction of senior Garda management. The witness told Diarmuid McGuinness SC, for the tribunal, that he was never negatively briefed against Sgt McCabe.

He told the chairman, Mr Justice Peter Charleton, that it was not the case that his editorial judgment was compromised by his closeness to senior Garda management. He said he was never part of any smear campaign and that a claim that he had seen the full file on the McCabe file was “absolutely untrue”. There was “no basis” to any claim that he was acting as a “puppet” for senior Garda.

Williams continues to give evidence.