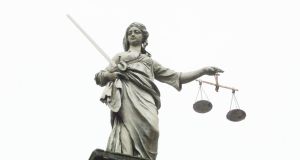 A 22-year-old man has been jailed for 12 months for causing a head-on collision in which his older brother lost one leg completely and the other limb from just below the knee.

James Connolly, of Carnane, Kilcolgan, Co Galway, was three times over the legal blood/alcohol limit when the car he was driving veered across the road and hit an oncoming car head-on. His brother, Keith Connolly (26), a father of one, was a back-seat passenger in the car at the time of the crash at Cartron, Kilcolgan, on October 16th, 2011. The brothers had been drinking all afternoon in their local pub with team mates following a hurling match earlier that day.

James Connolly pleaded guilty before Galway Circuit Criminal Court in May to driving dangerously in a manner which caused serious bodily harm to Keith Connolly and to driving while under the influence of alcohol at the time.

Garda Philip Donoghue told the sentencing hearing yesterday that both brothers suffered serious injuries in the impact and had to be cut from the car.

The accused man’s pelvis was broken while his brother lost one leg completely and the other from below the knee. A blood sample from the accused showed a reading of 223mgs of alcohol per 100mls of blood. The legal limit, he said, was 80mgs.

Garda Donoghue said the accused was driving his brother – whose partner had just had a baby – home when the crash occurred. He said the victim, who had been a plasterer, had spent a lot of time in rehab.

The accused broke down and cried in the witness box and his barrister, John Hogan, read a letter on his behalf which he had brought to court.

In it, he said he wished it was he who had lost his legs and not his brother. “Keith is my idol and one of the people I look up to. It’s not fair it had to happen to such a good man and a good father,” the letter said.

Mr Hogan also spoke on behalf of the men’s parents who wrote in a letter to the court that jailing their younger son would just add to their family’s grief and would break Keith’s heart.

Mr Justice Raymond Groarke said it was with a heavy heart that he had to impose a 12-month sentence but he had to do so in order to send out a message to other young people that they could not drink and drive. He also disqualified the accused from driving for eight years.