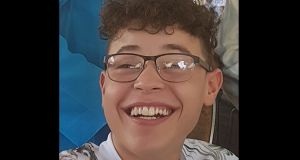 The family of the 18-year-old boy fatally stabbed in Dublin last Friday has said it is “resting our faith in the Irish justice system” to hold the person or people responsible for the killing to account.

In a statement, issued through An Garda Síochána, the family said “the past few days have been very difficult and challenging” but that it was “grateful for the community support” received since the incident.

“An Garda Síochána are leading in the investigation to uncover the truth behind our son Azzam Raguragui’s murder,” the statement said. “We are resting our faith in the Irish justice system to hold the perpetrator(s) to account,” it said.

“We are grateful for the community support we have received. At this critical time we would like to request some space and privacy to allow us to grieve as a family,” the message said.

Gardaí do not suspect a racial motive is behind the killing of Azzam, who was an Irish citizen and member of the Muslim faith from a family of North African origin.

The Clonskeagh Mosque will hold a gathering on Saturday evening in memory of him. A notice shared on social media about the event advised that all are welcome to attend.

The investigation into the murder has identified a main suspect, a teenager, and gardaí have been in contact with the boy.

Gardaí are aware of groups of local teenagers previously fighting in rival factions close to the scene of Friday’s attack and also of some teenage boys coming from other parts of south Dublin for group fights.

Garda sources said groups of teenagers were present when the fatal attack occurred and that the ethnicity of both groups was mixed.

Azzam was treated at the scene by emergency services and then taken to St James’s Hospital, where he was pronounced dead a short time later.

Known to his pals as Azzy, the dead youth was well known in the Dundrum area.

In a post on a GoFundMe page, his cousin Younes Talibi said: “My dear cousin Azzam, you’ll be highly missed. May Allah grant him the highest place in paradise, forgive his sins and give strength to his family and friends.”