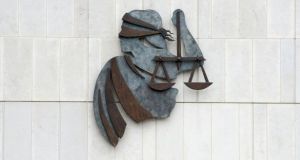 Two Irish-born children are among 10 people who have lost their appeals over a system under which they were refused subsidiary protection here after being refused refugee status.

That joint system has since been replaced by a common procedure for examining refugee and subsidiary protection applications.

Two other appellants, young people who claimed fear of persecution by the Boko Haram group in Nigeria if returned there, have been deported while another appellant, a Nigerian woman, remains subject to a deportation order. Three other appellants, men from Ghana, Democratic Republic of Congo and Liberia, have since got permission to remain.

The status of the tenth appellant, a Bangladeshi man who claimed he was attacked there while working with a NGO, remains uncertain.

The three judge Court of Appeal, in a judgment on Thursday, dismissed appeals by all 10 over the High Court’s rejection of their challenges over subsidiary protection refusals, issued on dates between 2009 and 2011, after they were refused asylum on dates between 2006 and 2010.

Ms Justice Mary Faherty, giving the judgment, rejected the principal ground of appeal — that the lack of a parallel subsidiary protection application process when the appellants were seeking refugee status breached their rights under EU law arising from the Qualifications Directive.

That 2004 Directive provided for establishment of minimum standards for qualification for refugee status or subsidiary protection.

There was no basis for a reference of issues to the CJEU, the judge further held.

The cases arose in the context of a bifurcated system, governed by 2006 regulations transposing the 2004 Directive into law and in force here until 2013, under which subsidiary protection could only be applied for by persons whose applications for refugee status had been refused.

That system was replaced by new procedures introduced via 2013 regulations, in turn replaced by the International Protection Act 2015 establishing a common procedure for examination of asylum and subsidiary protection applications. Ms Justice Faherty said the legal issues in all 10 appeals were identical.

She dismissed the principal argument concerning whether the absence of a process under which the appellants could apply for subsidiary protection at the same time as they applied for refugee status breached EU law.

Whatever defect might be said to have attached to the 2006 regulations, those regulations, as a matter of law, provided a mechanism for the enforcement of the right to subsidiary protection, she said.

None had advanced evidence they were prejudiced by not being able to apply for subsidiary protection until their refugee applications were decided and nor was it suggested any had suffered prejudice due to the time frames involved in deciding applications.

She rejected additional arguments judicial review had not vindicated the appellants right to an “effective remedy” in regard to the subsidiary protection refusals. Their right to be heard was not breached by failure to have any appeal process in place in respect of their subsidiary protection applications, she further held.