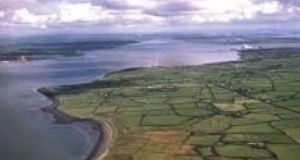 Friends of the Irish Environment (FIE) had in 2018 initiated its judicial review challenge to the extension of permission for the terminal, which includes four large tanks, jetties to receive ships, and associated works, at Kilcolgan, near Tarbert in north Kerry.

The High Court has made formal orders overturning An Bord Pleanála’s extension of planning permission for the Shannon LNG controversial gas terminal.

Mr Justice Garrett Simons made the orders on Monday arising from a recent decision of the Court of Justice of the EU (CJEU) on European law issues referred by him to that court in early 2019 in the challenge by Friends of the Irish Environment (FIE) to the extension of permission.

FIE argued the permission should not have been extended without environmental assessment because special protection areas in the Shannon estuary where the terminal was to be built were extended since permission was first granted in 2008.

Last September, the CJEU advised the High Court the extension of permission must be subject to a new environmental impact assessment under the Habitats Directive.

The CJEU held, while assessment of extensions of the time limit for projects could take into account the results of earlier assessments, they would still have to check for changes in environmental data and whether there had been any relevant changes in scientific knowledge.

Arising from those developments, Mr Justice Simons on Monday made orders quashing the extension of permission. He also awarded costs to FIE, represented by James Devlin SC and John Kenny BL, instructed by solicitor Fred Logue.

FIE had in 2018 initiated its judicial review challenge to the extension of permission for the terminal, which includes four large tanks, jetties to receive ships, and associated works, at Kilcolgan, near Tarbert in north Kerry.

Permission for the facility, intended to receive gas shipped from the US for use by consumers in Ireland and Europe, was first granted in 2008 but construction has not begun.

In July 2018, Shannon LNG Ltd got an extension of the permission. In challenging that extension, FIE claimed the board failed to take into account up to date and relevant information available to it in the course of its screening for appropriate assessment under the Habitats Directive.

It also claimed the Board failed to take into account the Climate Action and Low Carbon Development Act 2015, intended to drive Ireland’s transition to a low carbon state in line with its commitments under the Paris Agreement.

Among other grounds, it claimed the Board failed to properly consider the potential impact on local wildlife and on Bottlenosed Dolphins in the Lower River Shannon Special Area of Conservation.