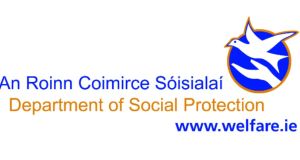 A woman whose child was born as a result of a surrogacy arrangement has lost her High Court action alleging the State’s refusal to pay her maternity benefit amounts to unlawful discrimination, in breach of the Equal Status Act.

Ms Justice Iseult O’Malley found the Equal Status Act cannot be used to “fill the gap” caused by the continuing absence of legislation to deal with surrogate births.

However, the judge added, she was “not persuaded” by the Department of Social Protection’s insistence it could not set up a non-statutory scheme to make provision for women in the position of this applicant.

The case arose after the woman became seriously ill with cancer when pregnant and had an emergency hysterectomy which left her unable to carry a pregnancy.

She and her husband entered an arrangement with a surrogate who was implanted with their genetic material, fertilised via IVF treatment. After the surrogate gave birth to their daughter in a US state where surrogacy arrangements are lawful, the couple were registered on the child’s birth certificate there as her legal and biological parents.

The woman, supported by the Equality Authority, complained under the Equal Status Act to the Equality Tribunal and, when both it and later the Circuit Court rejected her complaint, she initiated High Court proceedings.

Dismissing the woman’s case against the Department of Social Protection, Ms Justice O’Malley said it was “easy to understand” why the woman feels she has been treated badly, but it was not open either to the court, or Equality Tribunal, to rely on one Act of the Oireachtas - the Equal Status Act - to find there is discrimination contrary to that Act embodied in another Act, the Social Welfare Acts.

While, on the face of it, the woman has “certainly been discriminated against” because she did not bear her child, the difficulty was the payment from which the woman complained she was excluded was a payment created by statute.

A claim to be legally entitled to compensation necessarily involves a claim one has been subjected to a legal wrong but, in this case, the wrong could only be established on the basis one statute can be held to be legally deficient by reference to another statute, the Equal Status Act, she said.

The woman could not maintain a claim of unlawful discrimination without effectively saying the Social Welfare Acts discriminates unlawfully, she said. Because the Equal Status Act and the Social Welfare Acts are Acts of the Oireachtas, and both embody policy choices made by the Oireachtas, the court could not rule one was unlawful based on the policy of the other, she said.

The only legitimate basis for such a finding would arise had there been an assessment of the constitutionality of the provisions of the social welfare code but, in this case, no challenge was made to the validity of the relevant social welfare provisions, she said.

Earlier, the judge said the department provides a “service” to the public within the meaning of the Equal Status Act in providing statutory benefits and allowances and non-statutory payment schemes.

The statutory provision at issue related solely to mothers, whether natural or adoptive, and, under Irish law, the applicant cannot claim the status of “mother”, she said.

While this was no doubt “a source of great distress” to the woman, it was not for the courts, pending the introduction of legislation on surrogacy, to resolve the complex questions that need to be addressed.

The woman could not claim she was being discriminated against compared with the two categories of mothers recognised by Irish law - mothers who have given birth and mothers who have adopted.

The judge rejected claims of gender discrimination on grounds no man could qualify for the allowances at issue.

While additional claims of discrimination on grounds of disability (due to being unable to carry a child) and family status were more complex, and the court would be prepared to agree with much of the woman’s claims in that regard, she would not give a definite view because the determinative matter was the payment at issue was a payment created by statute.

The judge added she was “not persuaded” by the department’s insistence the social welfare Acts prohibit it setting up a non-statutory scheme to make provision for women in the position of this applicant.

The department frequently uses such schemes as a flexible alternative, or supplement, to primary legislation, the judge noted.